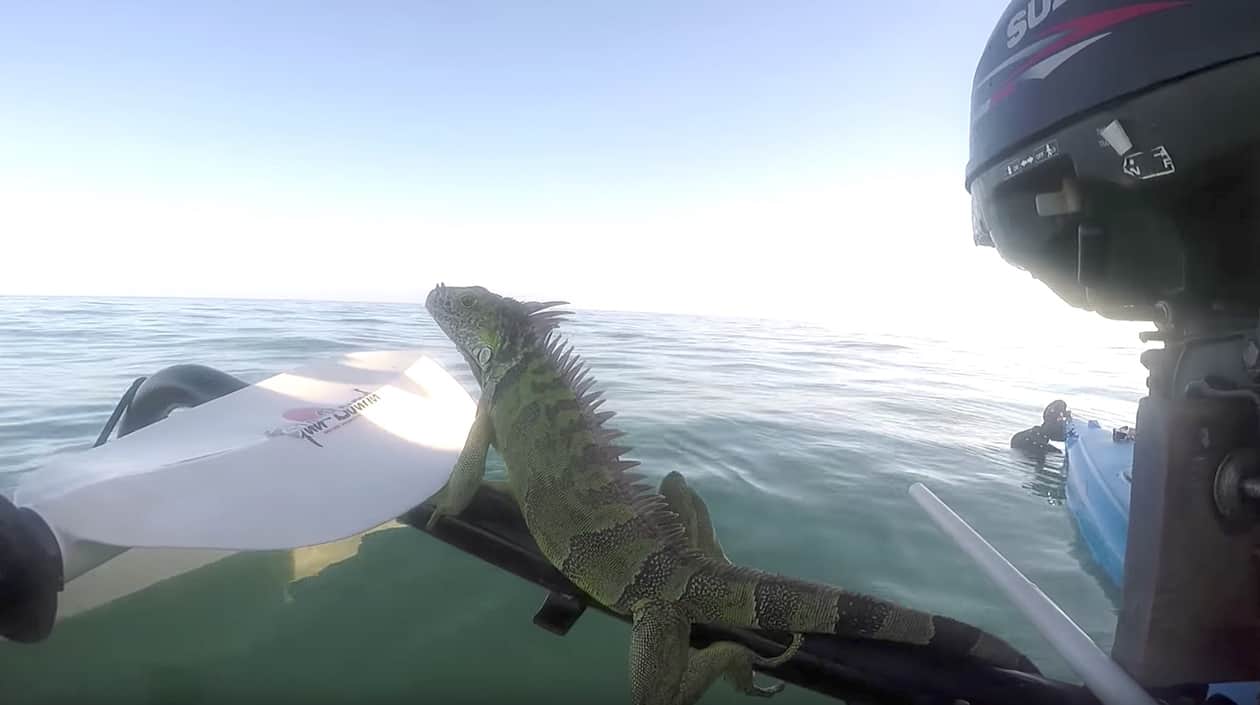 A Key West kayaker rescued an iguana he found swimming four miles out at sea and captured his time with the reptile in an adorable GoPro video.

I was coming in from an offshore trip and I noticed a weird shaped object floating in the distance. All I could see were the multiple fins running down its back so I though it was some sort of palm frond, but it just didn’t look right. I ended up stopping and noticed that it started swimming.

It was pretty crazy seeing this guy so far out. I have seen plenty swimming around the islands, but never one that far out. Most likely, because of the King tides that are occurring it got caught in one of the swift outgoing tides and got pushed out to sea. I was just inside the reef so it was close to four miles from land.

Most likely it would have died out there as the current that far out would most likely push it East with very little chance of coming back inshore. But you never know and it could be it’s normal daily swim back and forth between Cuba and the US. Regardless, it was pretty cool see it trust me enough (versus dying of course) to swim toward the kayak and hop on. And then for it to just cruise along in the open water and then just as it saw the safety of the mangroves close by, it took a leap and swam to shore. Pretty cool.