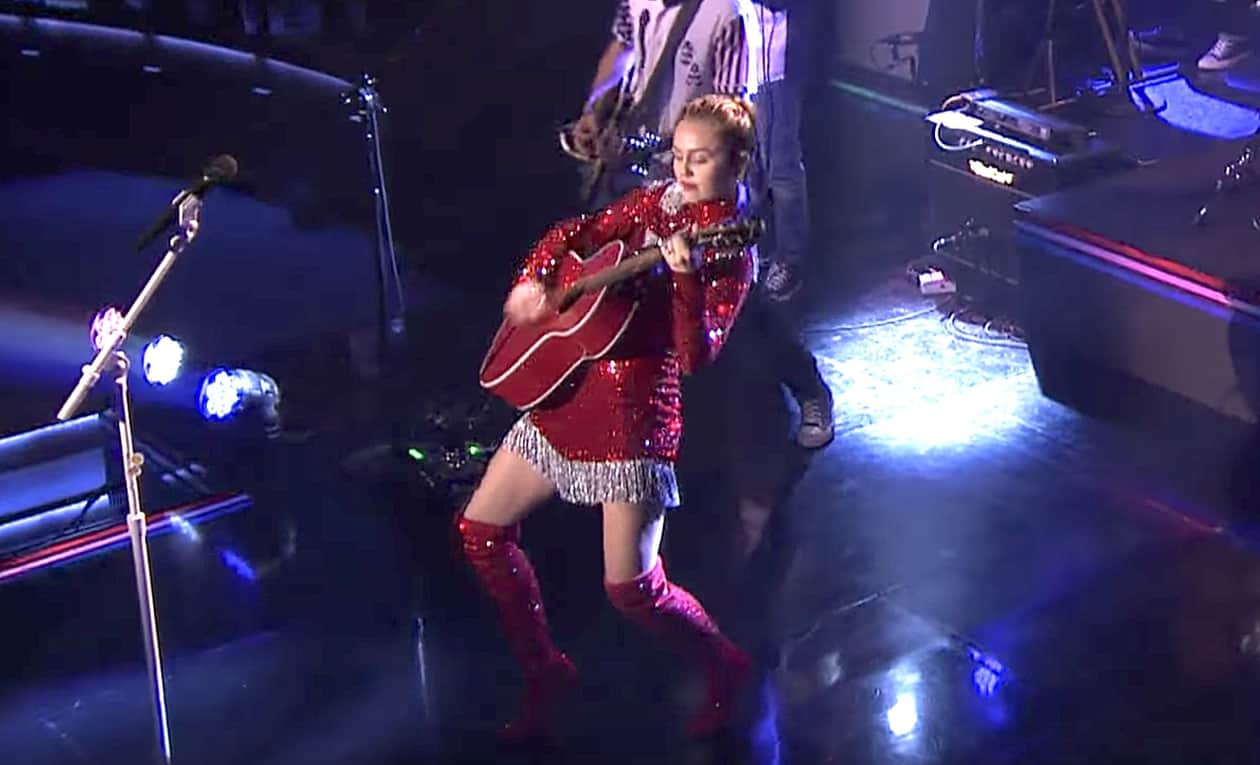 Miley Cyrus performed on last night’s The Tonight Show, turning out a rendition of Nancy Sinatra’s classic “These Boots are Made for Walkin'” which she dedicated to Hillary Clinton.

Clinton had appeared on the show earlier, and was written “thank you” notes by the show’s female writers in a touching segment in which Cyrus also appeared, penning her own note, and asking for a hug.

And Fallon has his own set of notes to write to Clinton, considering how he normalized her opponent Donald Trump during the campaign.