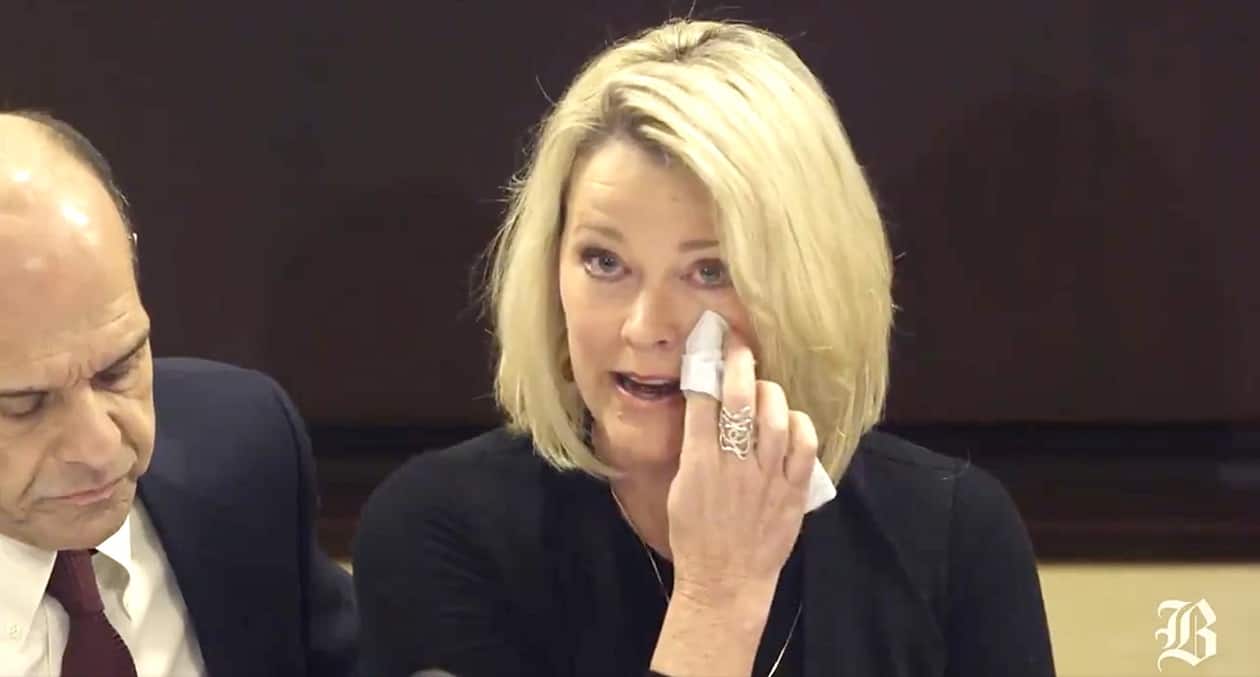 Appearing at a press conference with her lawyer, Heather Unruh, a former Boston TV anchor, says that Kevin Spacey sexually assaulted her son last year on Nantucket and she wants him to go to jail.

Unruh said that Spacey plied her son, then 18, with alcohol, before shoving his hand down the teen’s pants and grabbing his genitals.

Her son, now 19, fled when Spacey excused himself to use the bathroom and a woman urged the young man to run, Unruh said. She said the teen sprinted home to his grandmother’s house and woke up his sister after the incident.

“Shame on you for what you did to my son,” Unruh said, directly addressing Spacey, whose career is in free fall after several men have recently accused him of sexual assault in the wake of the Harvey Weinstein scandal.

Unruh described her son as “a very strong young man. He does his best to deal with it, but it’s always there.”

She said she reported the alleged assault to local law enforcement, and that she wants “to see Kevin Spacey go to jail.” Unruh said she wanted to see the “hand of justice” come down on Spacey.

Previous Post: « Can’t Miss Sights and Sips for the LGBT Traveler in Sonoma County
Next Post: Sony Pictures UK Called Out on Twitter for Straightwashing Gay Romance ‘Call Me By Your Name’ »