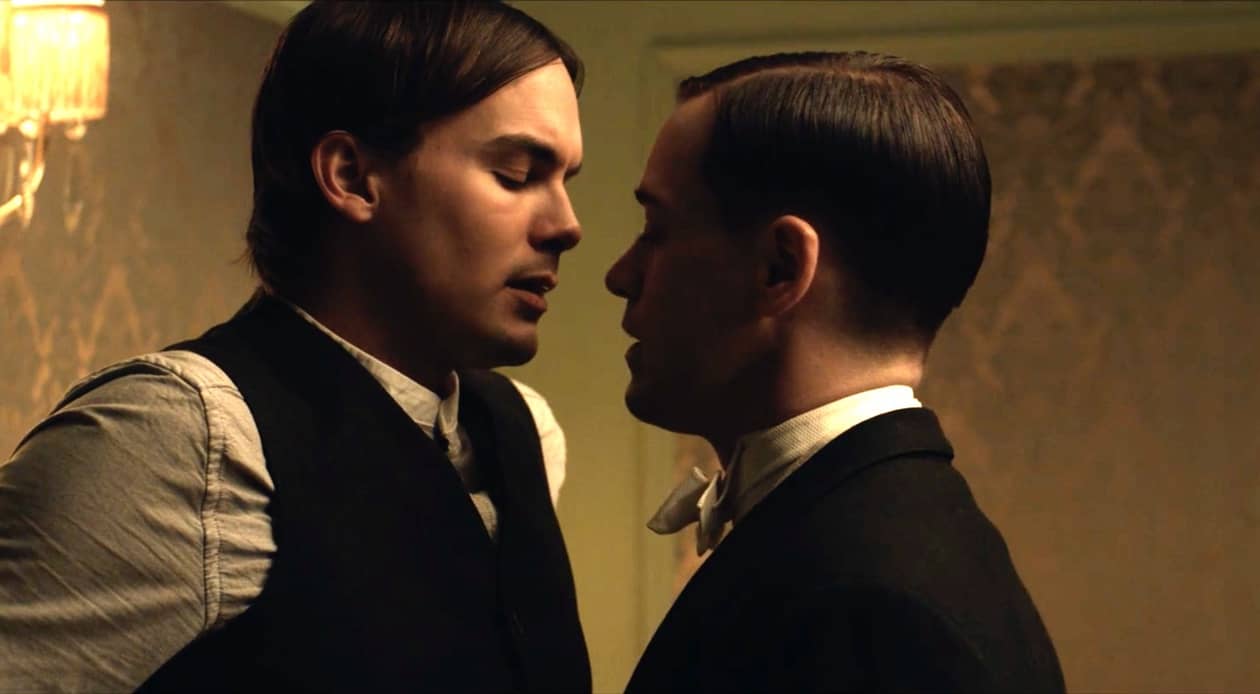 In an exclusive clip for Towleroad from the just-opened film adaptation of Michael John LaChiusa’s acclaimed musical Hello, Again, we witness an intimate moment that takes place aboard the Titanic. In the scene, Carl (T.R. Knight, Grey’s Anatomy) has followed Jack (Tyler Blackburn, Pretty Little Liars) down to third class in pursuit of his affections.

The musical weaves together a series of 10 interconnected romances that span the 20th Century.

Hello, Again was inspired by Arthur Schnitzler’s Der Reigen, a provocative 120 year-old play so controversial it was banned from public performance for decades.