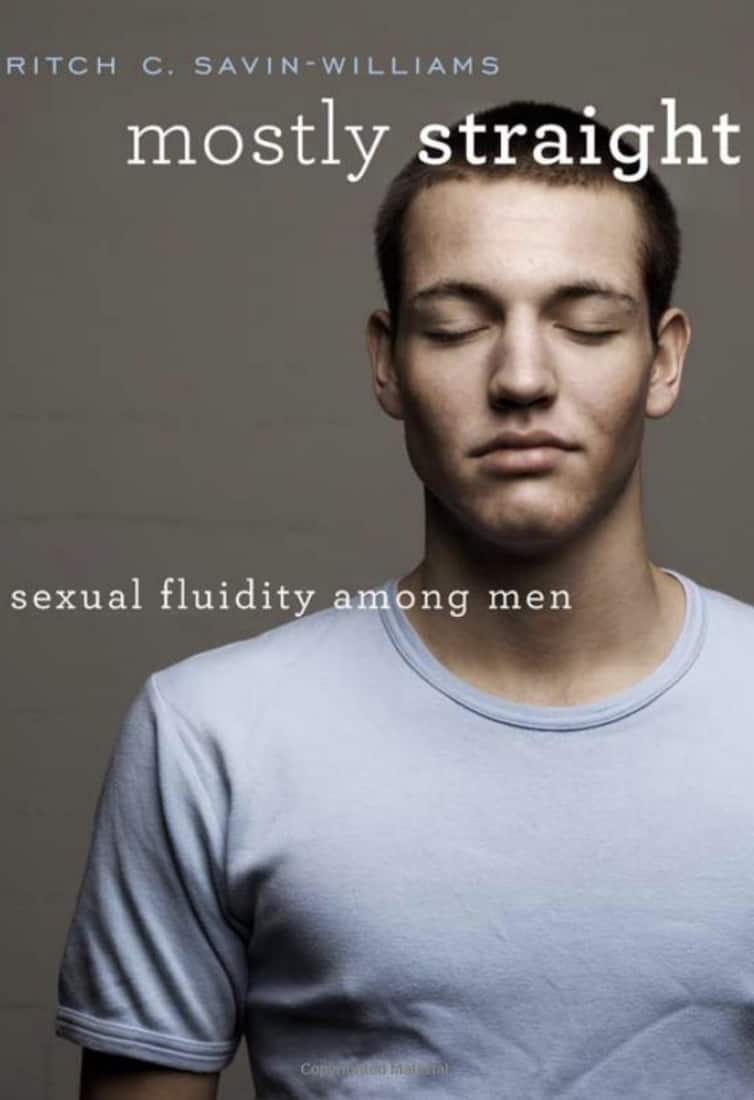 A new book, Mostly Straight: Sexual Fluidity Among Men, says there’s a fourth category of male sexuality in addition to gay, straight, and bisexual which has been made possible by millennials with a more relaxed view of sexual orientation.

A growing number of men (6% according to a poll cited by author Ritch C. Savin Williams) are identifying as “mostly straight,” a category “not readily available to previous generations.”

Writes Williams in his book:

The mostly straight man belongs to a growing trend of young men who are secure in their heterosexuality yet remain aware of their potential to experience far more. Perhaps he’s felt attracted to or fantasized about another guy to a slight degree or intermittently. He might or might not be comfortable with this seeming contradiction, a hetero guy who, despite his lust for women, rejects a straight label, a sexual category and a sexual description that feels foreign. He’d rather find another place on the sexual/romantic continuum, some location that fits him more comfortably.

This man, according to Williams, is not a bisexual in disguise or hoping he’ll turn out as fully straight one day. He also says the “mostly straight” man is not afraid to identify as bisexual for fear of social stigma, and in another part argues that “bisexual, even if it is understood as ‘bisexual-leaning straight,’ is too gay to accurately describe their identity.”

He is not a disgruntled straight man tired of sex with women, nor is he necessarily unhappy or frustrated with the availability of heterosexual sex. He may retreat from a full identification with heterosexuality, but rarely does he gravitate toward bisexuality, and almost never does he move toward homosexuality of any sort. Thus, he is a closer cousin to straight guys than to traditional bisexual guys.

Head over to TIME for the full excerpt.

What do you think of the “mostly straight” identity? Is there also, then, a “mostly gay” identity?