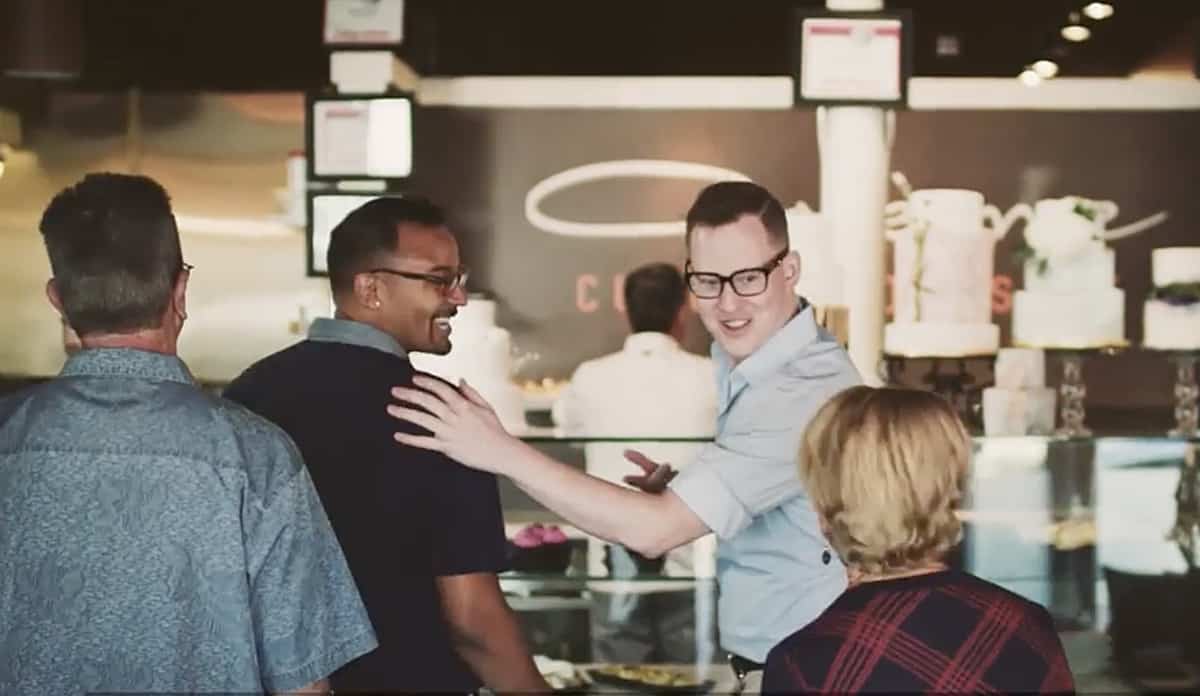 Masterpiece Cakeshop v. Colorado Civil Rights Commission, involving anti-gay Colorado baker Jack Phillips and his refusal to bake a cake for a gay couple’s wedding, will be heard by SCOTUS on December 5.

In response, a broad coalition of lesbian, gay, bisexual and transgender (LGBT), civil rights, racial justice and allied organizations have launched Open to All, a national campaign to focus attention on the far-reaching, dangerous risks of the Masterpiece Cakeshop vs. Colorado Civil Rights Commission case.

In 2012, a gay couple was denied service when they attempted to purchase a cake for their wedding reception. The bakery argues that businesses with a “creative” element should be allowed to refuse service to some people in violation of laws against discrimination. Yet despite the high stakes of the case, it has received relatively little media attention.

“If the Supreme Court gives businesses a constitutional right to discriminate, it would have implications that reach far beyond bakeries,” said Ineke Mushovic, executive director of the Movement Advancement Project (MAP). “If the Court carves out a broad exemption in nondiscrimination laws for so-called ‘creative’ enterprises,’ we could see an explosion of discrimination by restaurants, hair salons, event venues, funeral parlors and more. And the impact of such a decision wouldn’t be limited to LGBT people; it could be used to allow discrimination against people of color, women, minority faiths, people with disabilities, and others.”

The Open to All campaign is supported by more than 75 organizations, including MAP, the ACLU, Color of Change, the Leadership Conference on Civil and Human Rights, the Anti-Defamation League, the Mexican American Legal Defense and Education Fund (MALDEF), the National Black Justice Coalition, the National Center for Transgender Equality, the Human Rights Campaign, GLAAD, and Freedom for All Americans. A full list of supporting organizations can be found here.

The campaign was launched with a new website — OpenToAll.com — and two new ads developed by MAP in partnership with 24 national advocacy groups including civil rights, progressive, LGBT, health, and faith organizations:

“We Don’t Serve Your Kind Here” shows how the case could lead to discrimination against a broader range of people and visualizes such situations.

“License to Discriminate“ shows how others in other businesses and professions will be emboldened to discriminate if the court rules in favor of the bake.

The site also features a social media graphics sharing section where users can spread the word and build conversations about the campaign through one-click sharing to Facebook, Twitter and other platforms — as well as a comprehensive list of amicus briefs filed in support of the couple who was discriminated against in this case. Among them, briefs filed by: leading racial justice legal and advocacy organizations, 211 members of Congress, 15 faith and civil rights organizations, 37 leading businesses and organizations, and many others.

Open to All is nationwide public engagement campaign to build understanding and discussion about the importance of our nation’s nondiscrimination laws — and the bedrock principle that when businesses open their doors to the public, they should be Open to All. For more information and resources, visit www.OpenToAll.com. You can also find the campaign on social media at @OpentoAllofUS on Facebook, Instagram and Twitter.

Previous Post: « NEW MUSIC: Sia, Björk, Nils Frahm
Next Post: Matt Lauer Showed Colleague His Penis, Gave Another a Sex Toy and Told Her How He’d Use It »