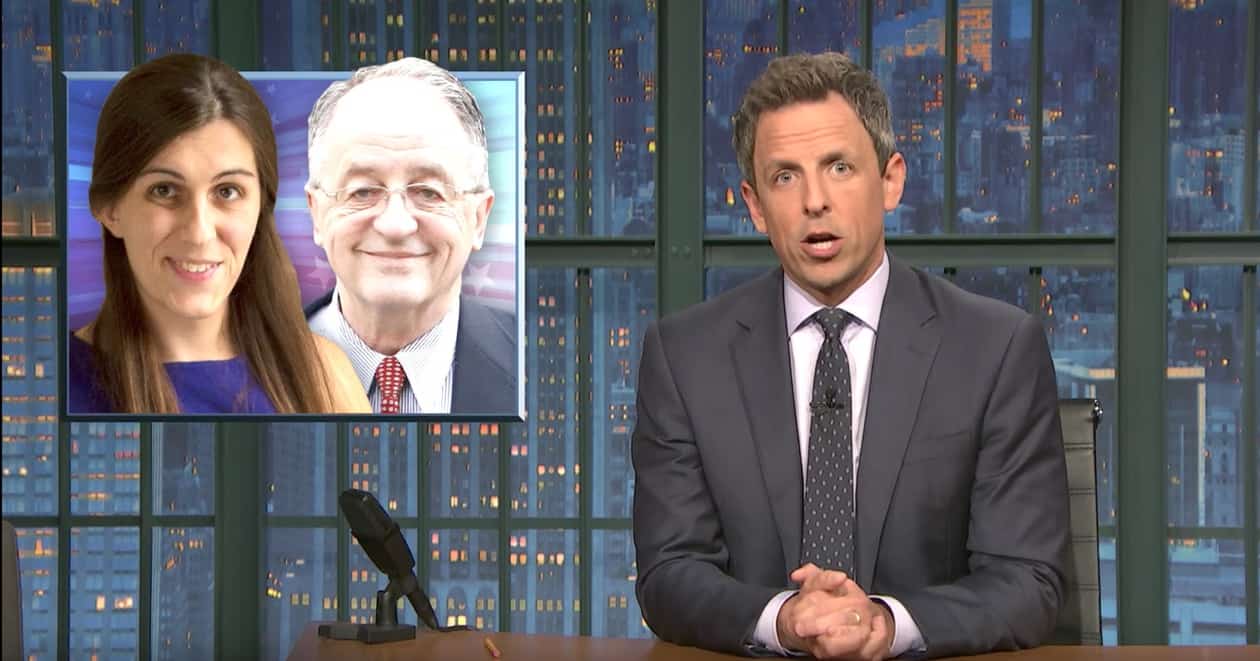 Seth Meyers took A Closer Look at Tuesday’s elections on Wednesday night, paying special attention to the win by Danica Roem, who beat the state’s self-described “chief homophobe” Bob Marshall, to become the first openly transgender elected official in Virginia and the first elected to a state legislature in the U.S.

Said Meyers: “The best part of Roem’s victory was her response when she was asked if she had anything to say about Marshall after she beat him. Roem said, ‘I don’t attack my constituents. Bob is my constituent now.’”

“Damn,” added Meyers. “Damn. She threw so much shade, his face turned even whiter!”

Later, Hillary Clinton joined Seth Meyers on the show for an interview and a segment he called “Jokes Seth Can’t Tell” (because he’s a straight white male) which included Clinton and his black and gay staff writers:

Previous Post: « A Spot-On Joel Osteen Impersonator Punked and Trolled the Faithful at an Osteen Prayer Event in L.A. – WATCH
Next Post: Portia De Rossi: Steven Seagal Exposed Himself to Me in His Office »