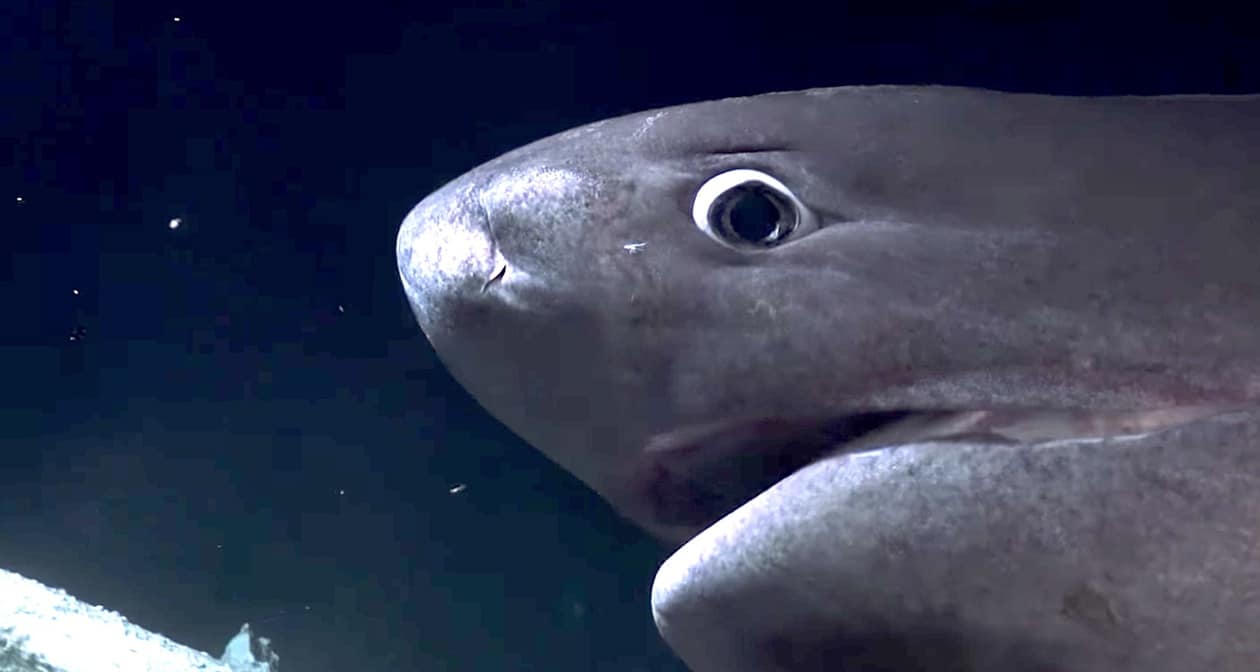 Imagine being the crew on a deep sea submarine 700 meters below the surface of the ocean when your pressurized sub starts getting attacked by 6-meter (18 ft) sharks who think you’re competing with them for the meat on a whale carcass rotting on the sea floor.

Well it happened to the crew shooting the documentary series Blue Planet II and the scene plays out in a new clip.

Says the captain of the sub as the sharks pummel the glass of the pressurized craft: “The submarine is very strong, but they’re so big and strong that I’m a little bit afraid.”