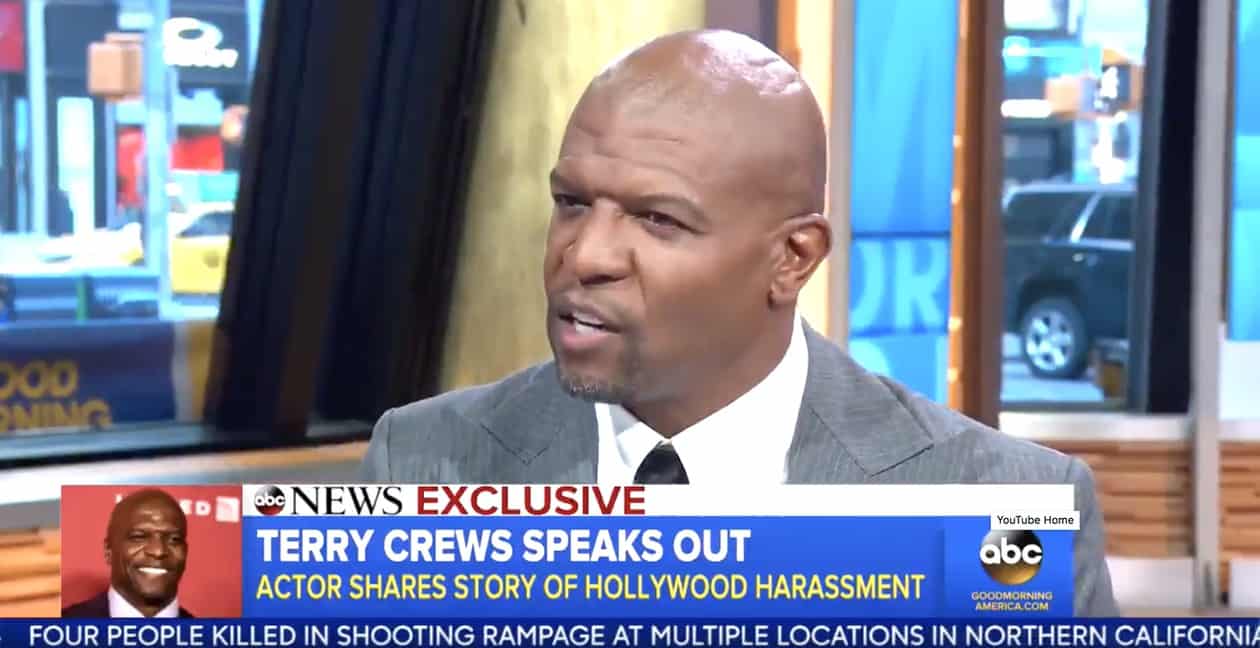 Crews said the incident happened at a large industry function:

“I stick my hand out and he literally takes his hand and puts it, and squeezes my genitals. And I jump back like, ‘Hey, hey!’ … I go, ‘Dude, what are you doing? And then he comes back again and he just won’t stop. And then I really got forceful, pushed him back. He bumps into all the other partygoers and he starts giggling and laughing. I have never felt more emasculated, more objectified. I was horrified. I went over to Adam [Sandler] right then and there and said, ‘Man, come get your boy. What is his problem?’”

Crews said that he would have responded with violence were it not for his wife who had cautioned him that he could easily be baited into a situation like that and sent to jail, and that as an African-American man he took the advice, and held back.

“When the Weinstein thing started happening I got PTSD. I was going, ‘Oh my god, this exact thing happened to me.’ I understand why they won’t come forward. … When a person of power breaks that boundary and violates that boundary, you’re a prisoner of war.”

Venit took a leave of absence from William Morris after being named by Crews.