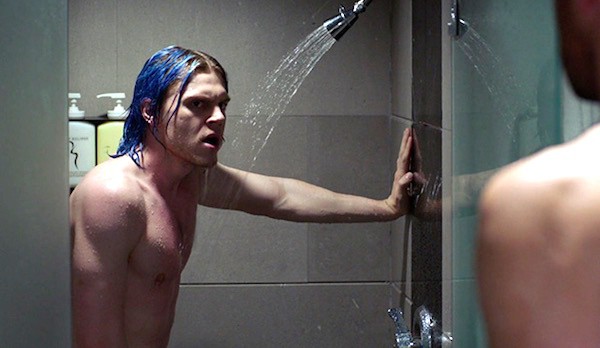 At least you can consistently count on American Horror Story to be inconsistent. This season, Cult, has taken many twists and turns; some good, some … not so much. Whether you found the “ripped from the headlines” election inspiration triggering or cathartic, you can’t fault the series for finding the scariest stuff in our current political reality. The season wraps Tuesday at 10 p.m. Eastern on FX.

Speaking of ripped from the headlines, Law and Order True Crime: The Menendez Murders hangs up its wigs after its inaugural season ends Tuesday at 10 p.m. Eastern on NBC.

The final four designers have their lewks walk the New York Fashion Week runway on the finale of Project Runway Thursday at 9 p.m. Eastern on Lifetime.

The viral video above launched the story of Lori and Alana across the web. The young couple met on Tinder, and now Lori is giving her girlfriend a kidney. Go behind their story in the documentary Bean Saturday at 10 p.m. Eastern on Fuse.

You should watch every single thing John Early is associated with, but the darkly funny millennial whodunit Search Party is particularly must-see TV. The series’ second season kicks off Sunday at 9 p.m. Eastern on TBS.

Previous Post: « Armie Hammer Says He ‘Fell in Love’ with Director Luca Guadagnino on the Set of ‘Call Me By Your Name’
Next Post: Tyler Posey’s Character Comes Out on ‘Jane the Virgin’ — WATCH »