You are here: Home / Lisa Kudrow Shimmies into the ‘Season 4’ Trailer for ‘Grace and Frankie’ – WATCH 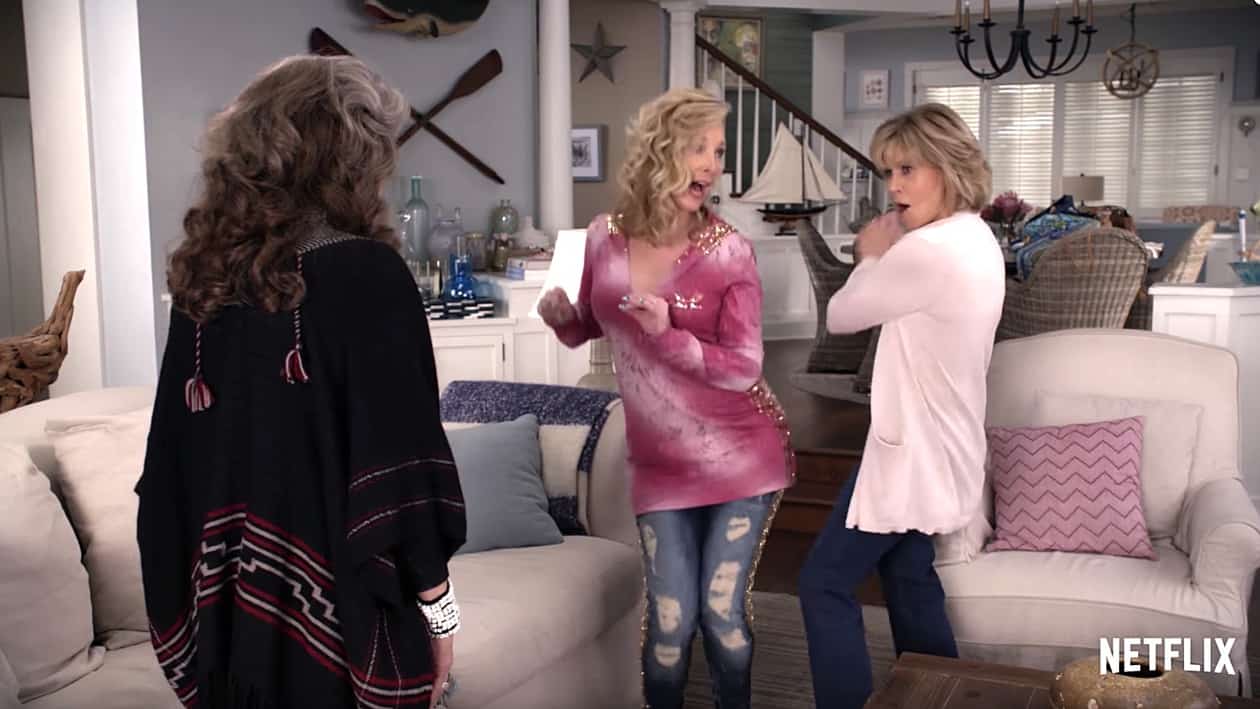 The Season 4 trailer for the Netflix show Grace and Frankie starring Lily Tomlin and Jane Fonda has landed and Lisa Kudrow has arrived on the scene as Grace’s manicurist Sheree.

New developments in the 13-episode season include a rough patch for Sol and Robert, a brush with the law for Grace and Frankie, a “crap knee” that plays another guest role, water damage and dating.