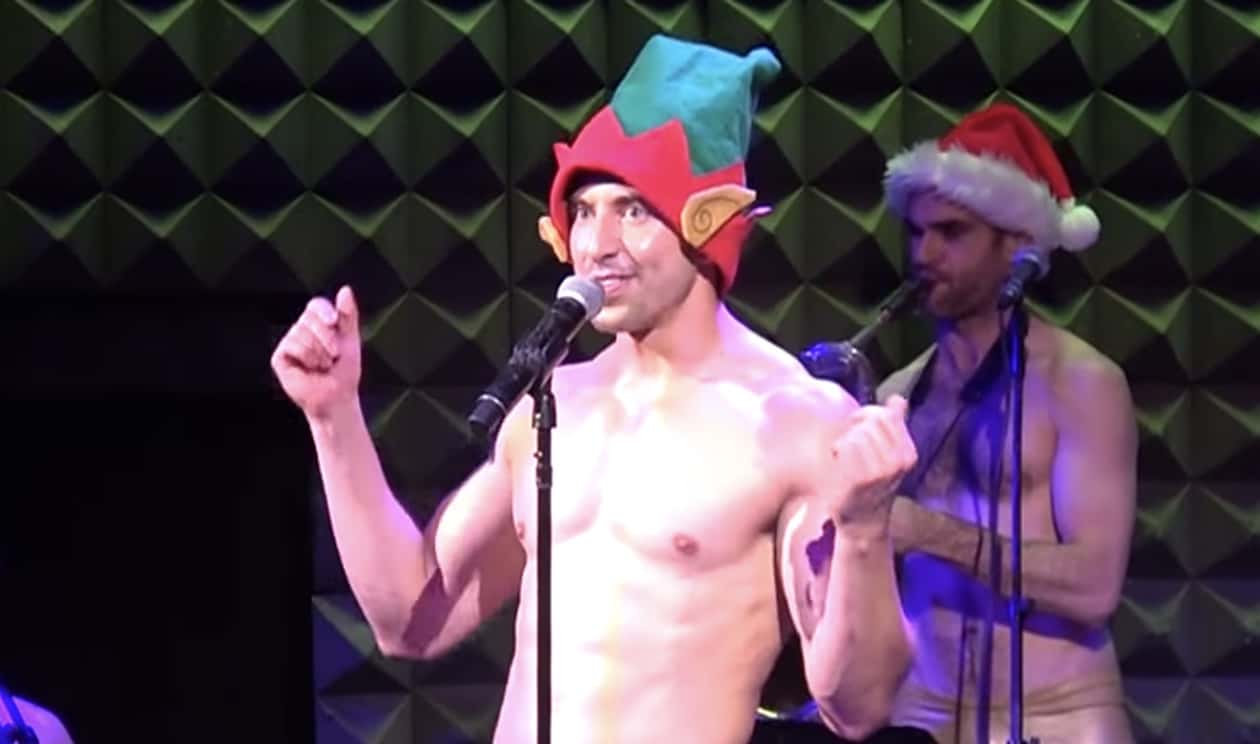 Broadway performer Nick Adams was a special guest this week for The Skivvies, Nick Cearley and Lauren Molina’s band which performs popular songs in their undies.

Adams, whose muscled torso has been making headlines since 2008, was more than willing to participate in their stripped down performance, and really got into the role of “elf on a shelf” by showing off his own, covered only by a sock.

Check out the appearance HERE.