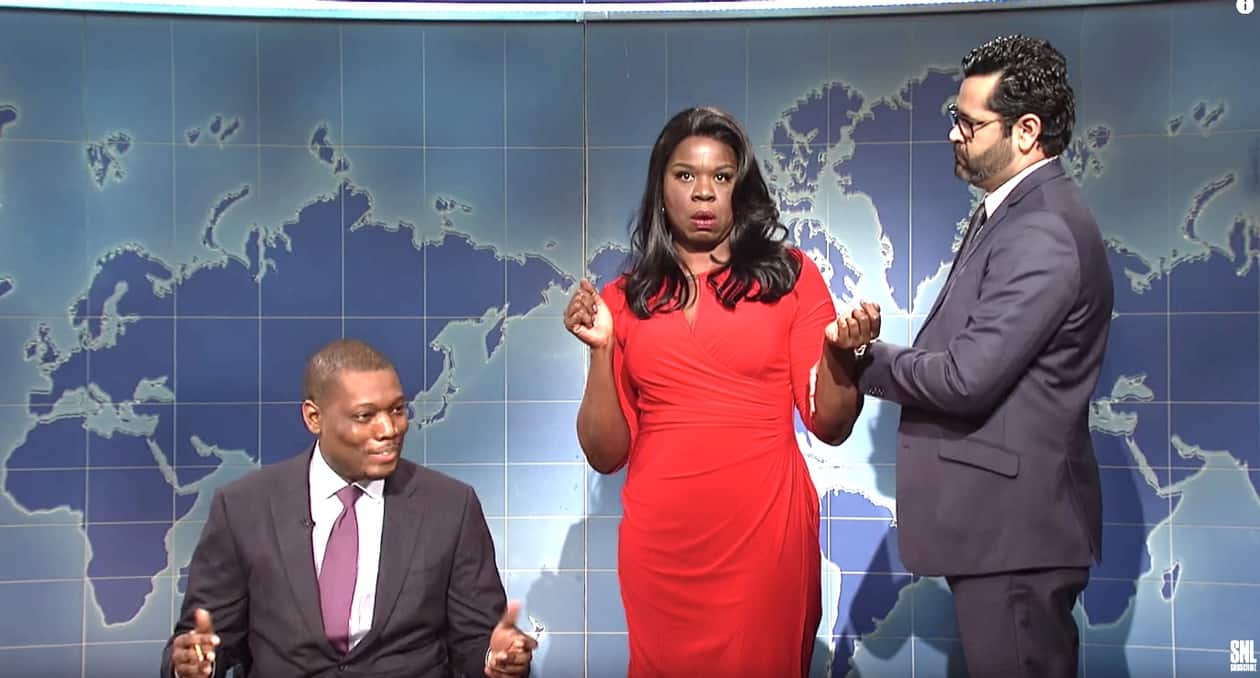 This week’s Omarosa drama was just so good that SNL had to hit it twice, once in the hilarious cold open tree-trimming scene (watch it HERE) and again in Weekend Update.

As Jones’s Omarosa proclaimed that she quit her job, she changed her own locks, she deactivated her own White House pass, she escorted herself off White house premises and she threw herself into the bushes, SNL security arrives to escort her off set.

“You better take my arm,” Jones says to security. “Because I’m escorting you out of the building.”