Currently, all men in Switzerland who have had sex with another man since 1977 are barred from donating blood – a rule brought in during the 1980s to stop the spread of HIV/AIDS.

According to The Local, from July 1, men who have sex with men will be able to donate blood provided that they have been celibate for 12 months. 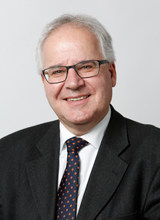 Swiss Transfusion SRC welcomed the move but said it was “far from perfect” as it still excludes many gay people from giving blood.

The organization’s director Rudolf Schwabe (right) said a second step would be to assess people based on sexual behaviour rather than sexual orientation.

Previous Post: « Danish TV Network Promo is Going Viral Because We All Have Something in Common: WATCH
Next Post: 88 Suspicious Deaths in Sydney Will Be Investigated as Anti-Gay Hate Crimes: VIDEO »