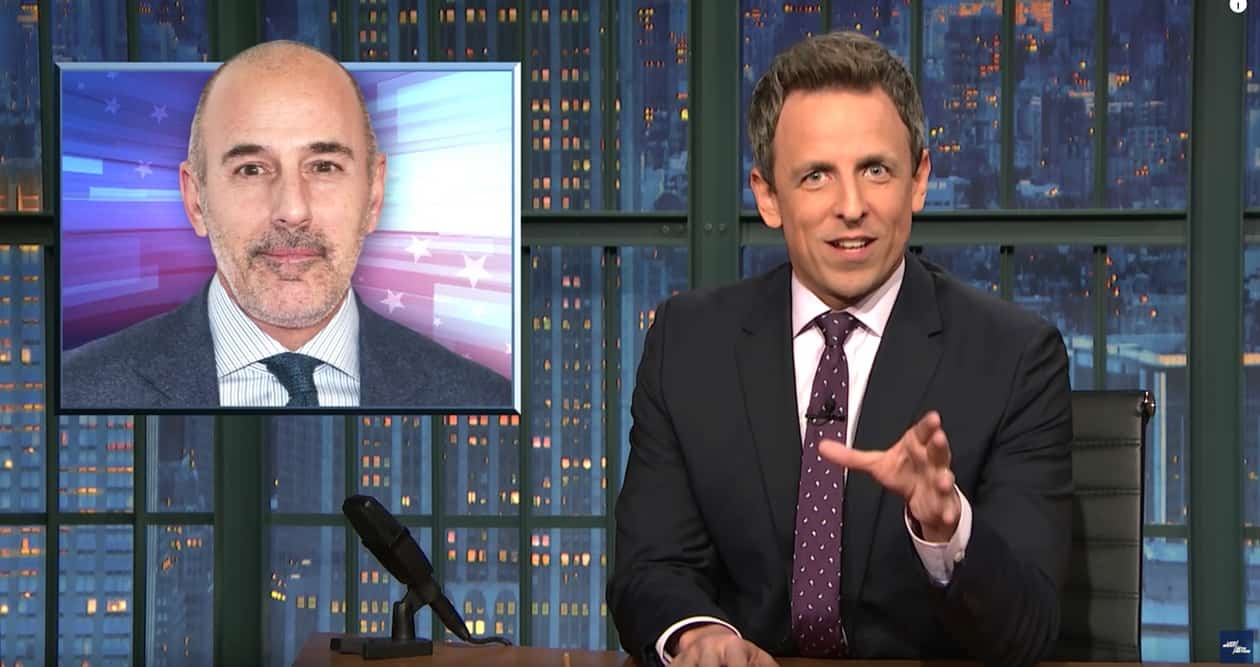 Seth Meyers tore into his former colleague Matt Lauer over the sexual assault claims that got him fired from NBC News.

First Meyers pointed out that one complaint against Lauer came during the Sochi Olympics.

Said Meyers: “And you thought the most disgusting thing at the Sochi Olympics was Bob Costa’s pinkeye. Well, move over, pinkeye, there’s a new, grosser sheriff in town.”

He then moved on to the lurid details, that Lauer gave another colleague a sex toy and a card saying how he’d use it on her.

He also took note of the fact that Lauer had a button installed under his desk so he could lock the door without getting up.

Finally, Meyers mocked Lauer’s fondness for the game “F**k, Marry, Kill” in which he’d name co-workers he wanted to sleep with.

Quipped Meyers: “I don’t know who you said you’d marry in those conversations, but I do know that you killed your career, and you f—ed yourself.