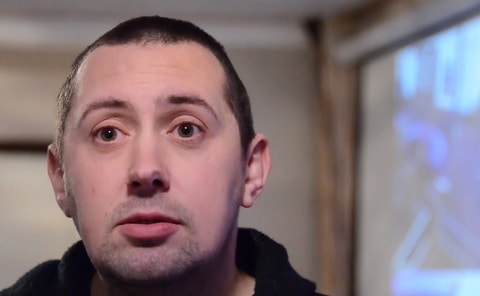 A gay couple say they have been the victims of homophobic abuse in their town for the last ten years.

David Jones (above) and Ben Fennell claim the latest attack on their home left Ben in A&E after a brick was thrown at him on New Year’s Day.

CCTV shows a person throwing large items at their couple’s home three times in the space of a few minutes. The last missile hit 40-year-old Ben. 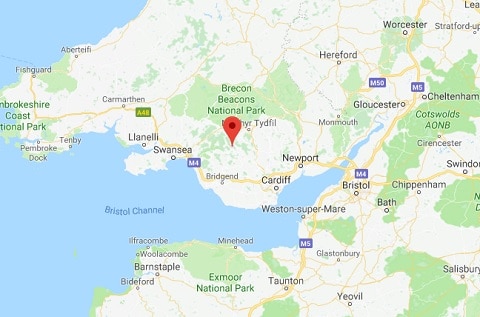 The couple, who have lived in Treorchy for more than 12 years, said they are now sick of living in fear.

David, who has suffered from anxiety for the past five years and now rarely leaves the house, said: “It’s very concerning and worrying.

“If I go out the front and there are kids in the street I go in the back garden. If there are kids in the park near our garden, then I go back in the house. You are constantly checking over your shoulder and being cautious of what you are doing. The community is nice. It’s just incidents that happen cause you to feel that you cannot go anywhere.”

According to David, the trouble started in 2007.

“It was quite trivial when it began. Kids would sometimes bang on our front door or shout ‘gay boy’ at us as we walked past. The police were informed but because we couldn’t actually specify anyone who was doing it, we thought ‘there you go, there’s nothing we can do’. That went on for two years.”

He added that the situation escalated in 2010 when a fire extinguisher was thrown through the front window.

The incident prompted the couple to install security cameras but the problems continued. One of the cameras was ripped off the wall and the house was pelted with items including bricks, stones, BB bullets, eggs, snowballs and toy cars.

“It’s a nice community. We keep ourselves to ourselves with this kind of thing because the last thing we want to do is say something to someone and get something back from them because it’s their kids doing it.

“A lot of the people are nice and it’s just the few that let it down unfortunately.”

He said that couple don’t want to leave their home because Ben’s grandmother paid for it.

“We are staying here no matter what,” said David. “we are not giving in. If we go, these people will only start doing this to someone else. It will all stop one way or another.

South Wales Police have confirmed that a man has been arrested on suspicion of criminal damage and assault.

Watch an interview with the couple below.