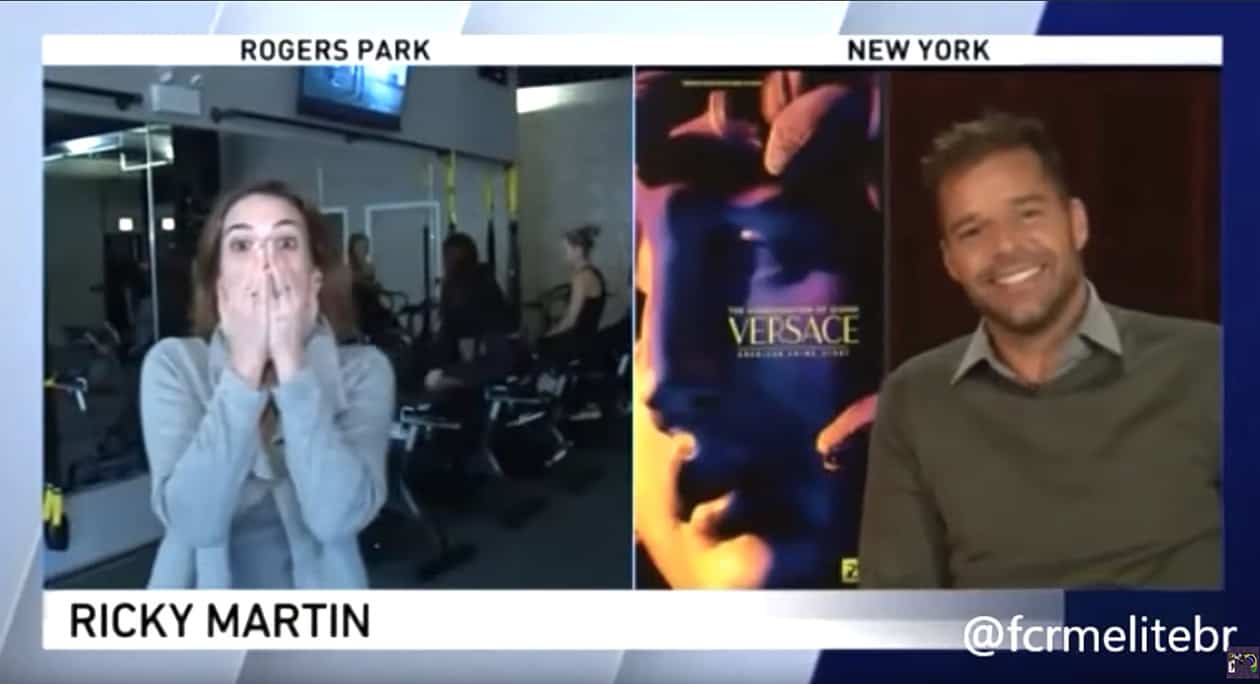 Ana Belavel, a Puerto Rican reporter for WGN in Chicago and the station’s #1 Ricky Martin fan, was not going to let the network’s anchors have an interview with the ACS: Versace star without getting a couple questions in.

The anchors let Belavel in on their interview, and she immediately melted into a gushing fangirl, asking Martin about the humanitarian work he did on the island territory after the hurricane.

READ THIS NEXT: Ricky Martin and Jwan Yosef Take Us Through Their L.A. Home: WATCH

Asked Belavel: “Any plans for any more trips where I can go with you?”

“I knew the stalker was gonna come out,” interjected one of the news anchors from offscreen.

Things got crazier from there.

“We can stay at my parents’ house Ricky!”, screamed Belavel, giving her camera a hug.

Belavel unloaded when she thought the interview was over, but didn’t realize Martin was still listening, explaining that she “feels related to him.”

“He called me mama baby! Can we make this happen? He goes with me, I’ll take care of his kids.”

“Please,” pleaded Martin. “I don’t wanna be involved in another American Crime Story.”

Previous Post: « Robert Mueller Seeks to Interview Trump on Comey and Flynn Departures
Next Post: Gus Kenworthy Reveals How Relieving the ‘Pain of Lying’ About His Sexuality Has Changed Everything: WATCH »