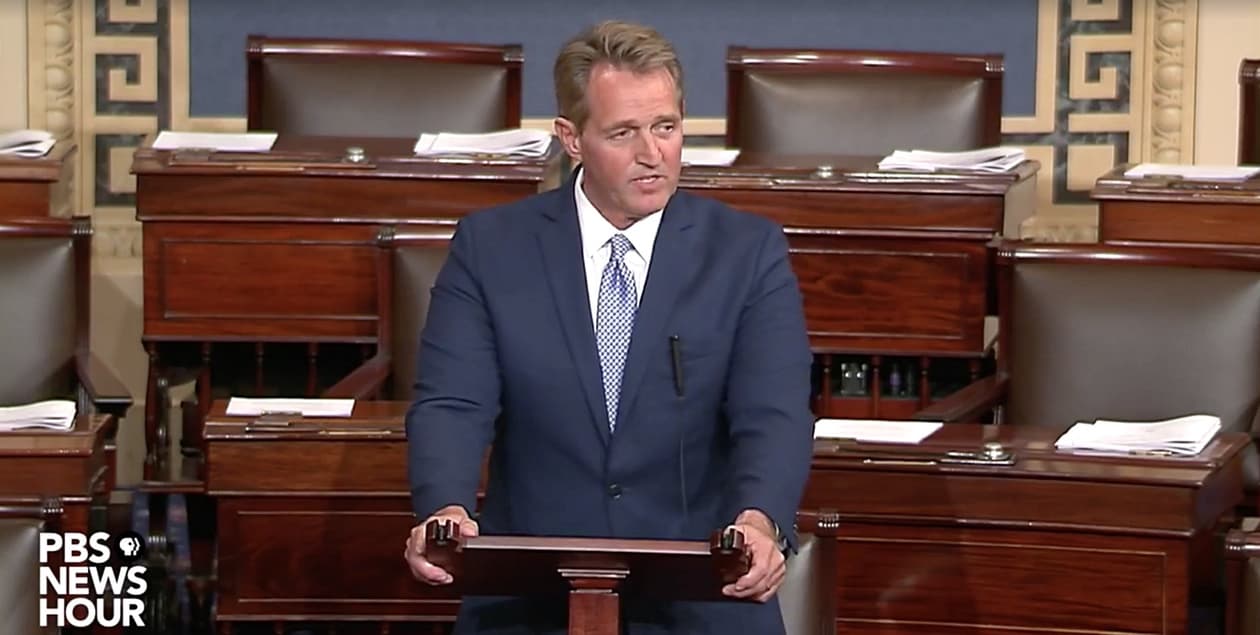 Senator Jeff Flake will compare Donald Trump’s rhetoric to that of Soviet Dictator Joseph Stalin in a speech he’ll deliver on the Senate floor on Wednesday.

Flake says Trump’s remarks should be “a great source of shame” for the Senate and the GOP and says his attacks on the media are an “assault as unprecedented as it is unwarranted.”

“Mr. President, it is a testament to the condition of our democracy that our own President uses words infamously spoken by Josef Stalin to describe his enemies,” reads the excerpt. “It bears noting that so fraught with malice was the phrase ‘enemy of the people,’ that even Nikita Khrushchev forbade its use, telling the Soviet Communist Party that the phrase had been introduced by Stalin for the purpose of ‘annihilating such individuals’ who disagreed with the supreme leader.”

“When a figure in power reflexively calls any press that doesn’t suit him ‘fake news,’ it is that person who should be the figure of suspicion, not the press,” he’s also expected to say.

In October, Flake announced he is not going to seek re-election and delivered a sharp rebuke of Trump on the Senate floor. Flake, the establishment candidate, was seen as highly vulnerable to a Trump-allied challenger.