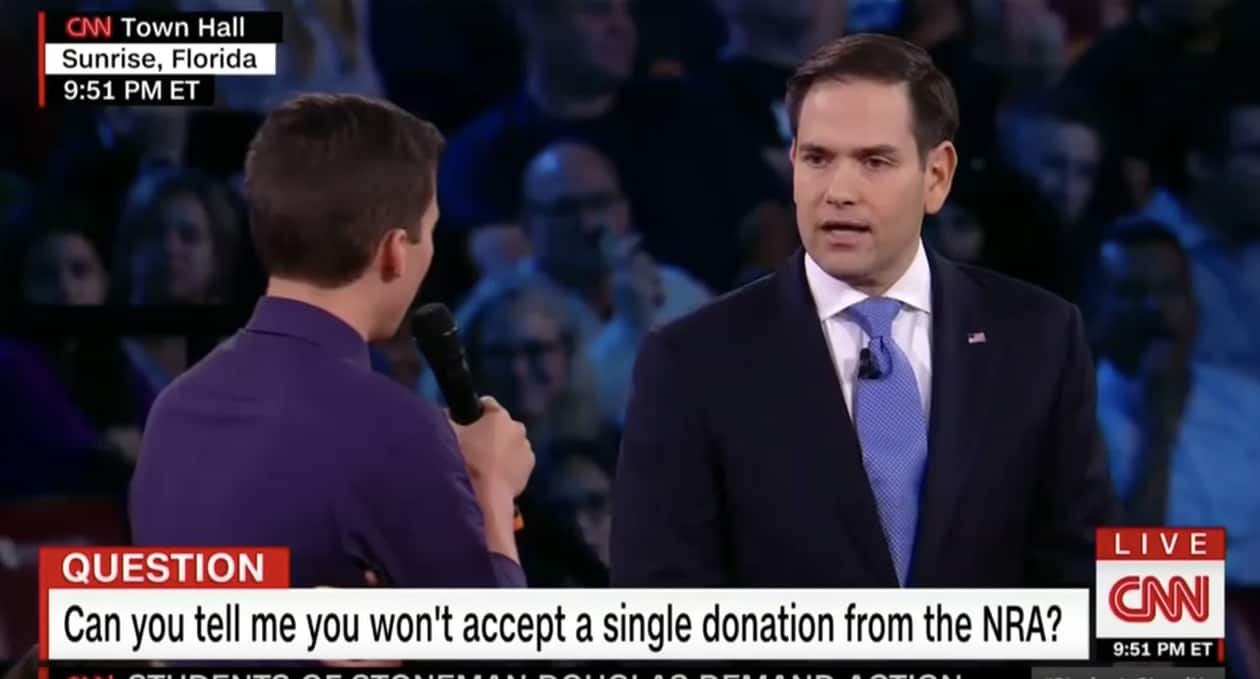 Senator Marco Rubio was booed and jeered at last night’s Town Hall on gun control when he refused to tell Marjory Stoneman Douglas High School student Cameron Kasky that he would not accept any more donations from the National Rifle Association (NRA).

According to the L.A. Times, “Over his legislative career, Rubio has been the beneficiary of $3,303,355 in campaign spending by the NRA. That haul places him sixth among current members of Congress.”

Asked Kasky: “Senator Rubio, can you tell me right now that you will not accept a single donation from the NRA?”

Said the Florida senator: “The answer to the question is that people buy into my agenda. And I do support the second amendment. And I also support the right of you and everyone here to be able to go to school and be safe. And I do support any law that would keep guns out of the hands of a deranged killer, and that’s why I support the things I have stood for and fought during my time here.”

Rubio’s response inspire yelling and screaming from the audience.”

Rubio would not commit to leaving the money on the table.

“So I knew that was going to happen,” said Kasky. “NRA just please keep the money out of Rubio.”