Laying the groundwork for the release of a sham hyper-partisan memo prepared by Rep. Devin Nunes (R-CA), Donald Trump tweeted an attack on the FBI and DOJ Friday morning which reveals what Democrats have been saying is the purpose of the memo all along: as a tool for Trump to use to try and discredit the investigation into his campaign’s collusion with the Russians.

Tweeted Trump early Friday: “The top Leadership and Investigators of the FBI and the Justice Department have politicized the sacred investigative process in favor of Democrats and against Republicans – something which would have been unthinkable just a short time ago. Rank & File are great people!”

A short time later Trump added: ‘“You had Hillary Clinton and the Democratic Party try to hide the fact that they gave money to GPS Fusion to create a Dossier which was used by their allies in the Obama Administration to convince a Court misleadingly, by all accounts, to spy on the Trump Team.” Tom Fitton, JW’

Democrats on the House Intelligence Committee have accused Nunes of cherrypicking intelligence which paints an inaccurate picture. The FBI released a statement this week that said “we have grave concerns about material omissions of fact that fundamentally impact the memo’s accuracy.” 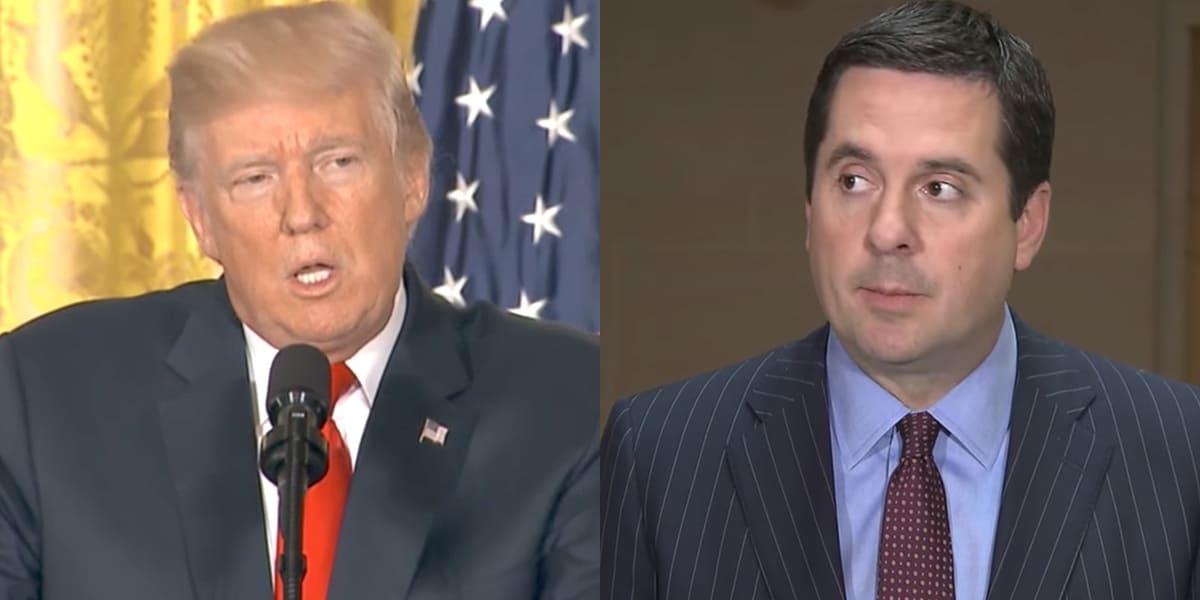 Trump is expected to approve the release of the sham Devin Nunes memo following some redactions requested by the FBI, the Washington Post reported:

Trump has been telling friends he believes the memo will discredit the Russia investigation, CNN reported:

Previous Post: « Terrence McNally’s ‘Fire and Air’ Presents a Dizzying History of Modern Ballet: REVIEW
Next Post: Seth Meyers Mocks the Incident That Revealed ‘Trump Has the Memory of a Goldfish’ – WATCH »