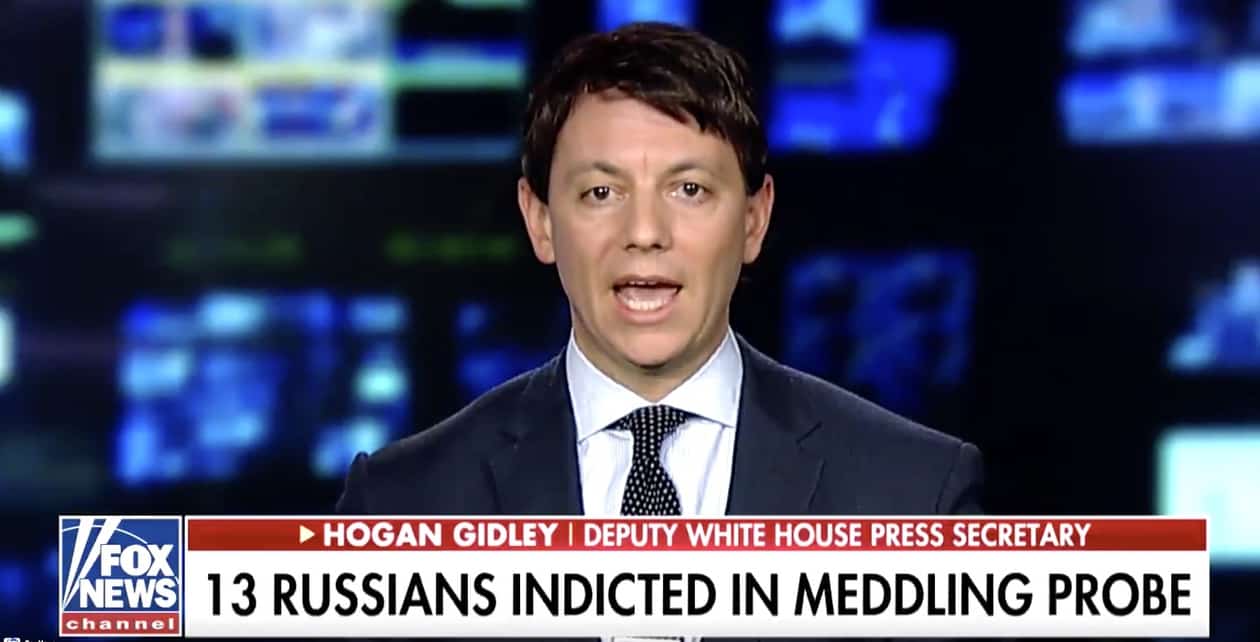 In the wake of Special Counsel Robert Mueller’s indictment of 13 Russian nationals for interference in the U.S. political system including the 2016 election, White House Deputy Press Secretary Hogan Gidley appeared on FOX & Friends on Saturday and accused the Democrats and press of sowing more discord in America than the Russians by pushing a story of collusion between Russia and the Trump campaign.

Said Gidley: “There are two groups that have created chaos more than the Russians and that’s the Democrats and the mainstream media, who continued to push this lie on the American people for more than a year, and frankly Americans should be outraged by that.”

.@hogangidley45: “There are two groups that have created chaos more than the Russians and that’s the Democrats and the mainstream media.” pic.twitter.com/HBmruoSUn3

Of course, there could be, and likely are, more indictments forthcoming in the ongoing Mueller investigation.

Tweeted Trump: “Russia started their anti-US campaign in 2014, long before I announced that I would run for President. The results of the election were not impacted. The Trump campaign did nothing wrong – no collusion!”

And the White House also issued a statement: “We cannot allow those seeking to sow confusion, discord, and rancor to be successful. It’s time we stop the outlandish partisan attacks, wild and false allegations, and far-fetched theories, which only serve to further the agendas of bad actors, like Russia, and do nothing to protect the principles of our institutions. We must unite as Americans to protect the integrity of our democracy and our elections.”