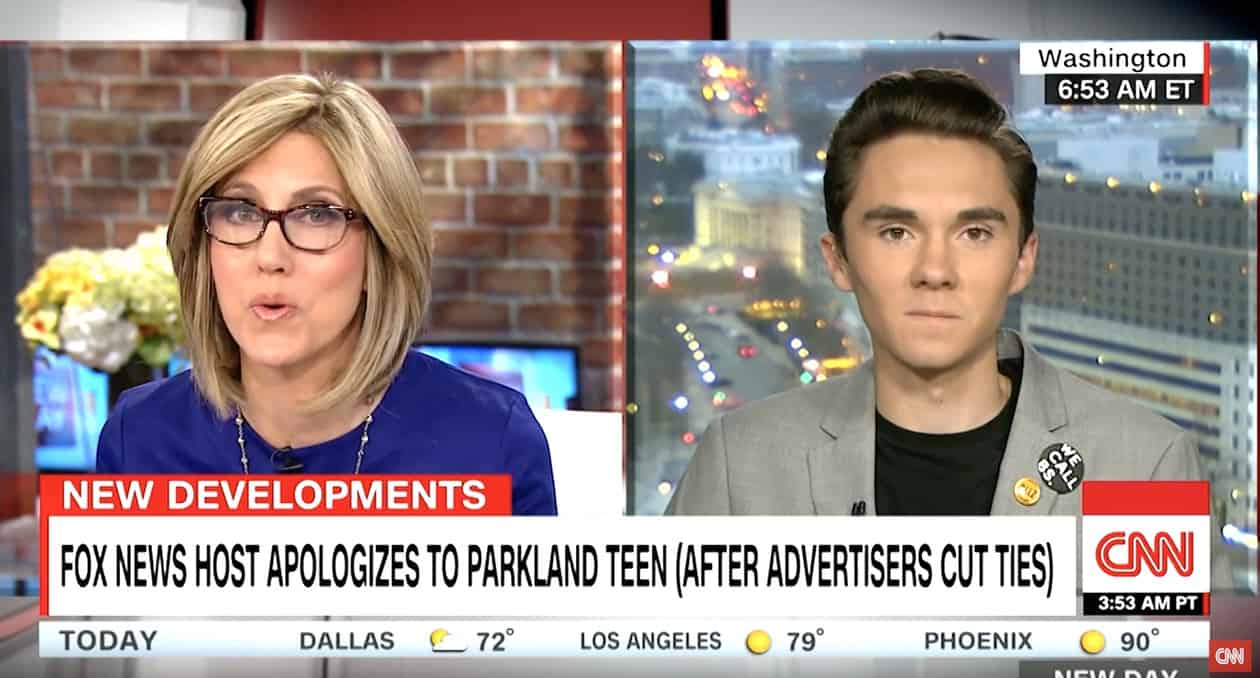 Said Hogg: “I would say that she needs to be more objective and stand down because I am not the issue here, the issue needs to be gun violence in America but what she’s trying to do is to distract from that and I hate it.”

He added: “She’s only apologizing after a third of her advertisers pulled out and I think it’s really disgusting the fact that she basically tried promoting her show after ‘apologizing’ to me. I think it’s wrong and if she really wanted to do something she could cover things like inner city violence and the real issues that we have in America.”

Asked Camerota: “How are you coping through all this?”

Replied Hogg: “When I see things on Twitter of people comparing me to Hitler or calling us Communists…It’s literally only been five and a half weeks and the fact that they’re going after us personally shows that what we’re doing is working. We have them scared and now we have to go even harder because this is when it really starts to matter.”

Camerota then asked if Hogg would ever sit down with Ingraham to have a face-to-face.

Replied Hogg: “I would like to do that but first I would need her to be more objective in the way that she talks about us…what she does most of the time is, she’s like ‘this leftist group is trying to take all your’…. She gets this really threatening tone about us that we don’t have. We’re people that just want everybody to come together as Americans and solve this issue.”

Said Hogg with a smile: “We have a heavily impacted university system in America. I think there’s a lot of really good candidates that don’t get into college. I think it goes to show that regardless of whether or not you get into college, you can still change the world. The hardest part is just believing that you can and continuing that effort to change the world because you eventually will.”