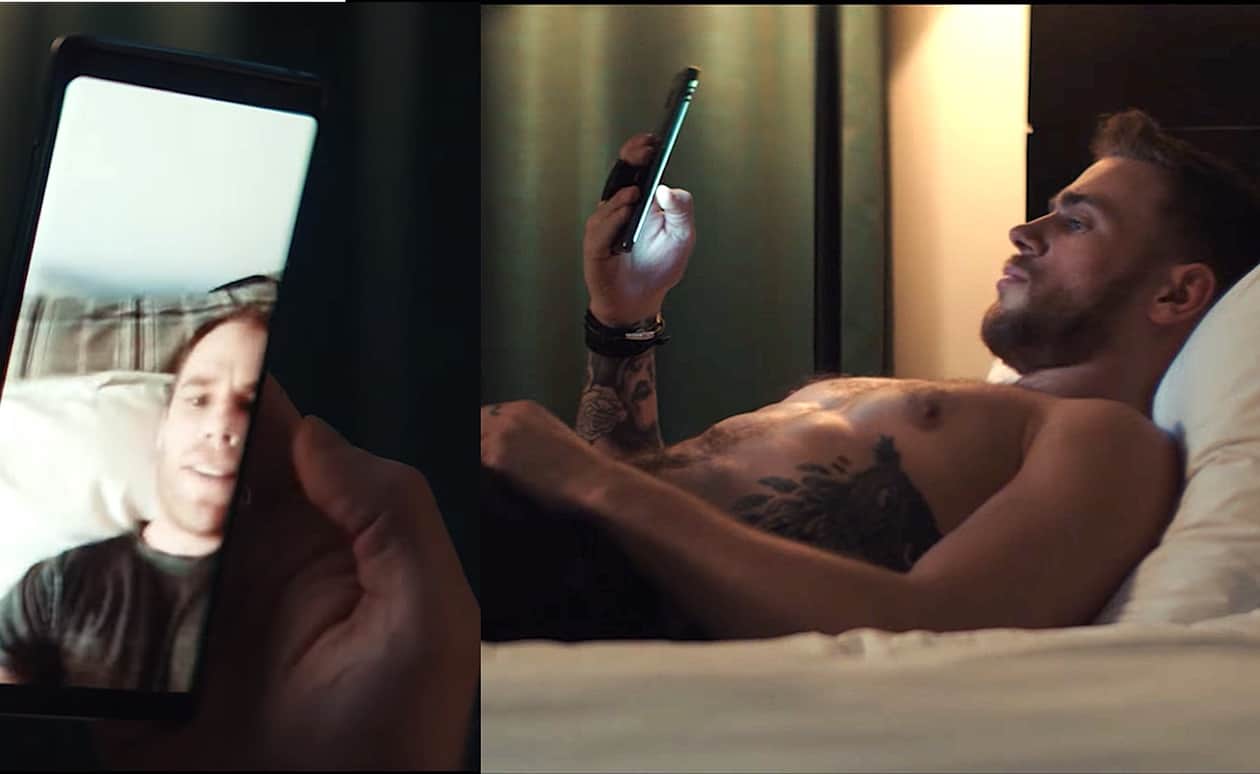 Gus Kenworthy’s boyfriend Matthew Wilkas appears in the second of three Samsung ads profiling the Olympic skier and his journey to PyeongChang for the Winter Games.

The clip features letters of support from family, fans, and friends that Kenworthy received.

In the clip, Wilkas reads aloud, telling Kenworthy, “I am so proud of you. I am so happy for you. Cause I know how hard you have worked to get here. You are loved by so many people, Gus.”

The spot also deals more directly with being a gay role model and athlete.

Says one friend in a letter: “As a gay man growing up, I think the minute we realize we’re gay – it’s a flaw – but people when they look at you, they think ‘I can do anything and be gay and that there’s nothing wrong with me.'”

Another letter from a gay fan, Wendle, expresses thanks for helping him come out.