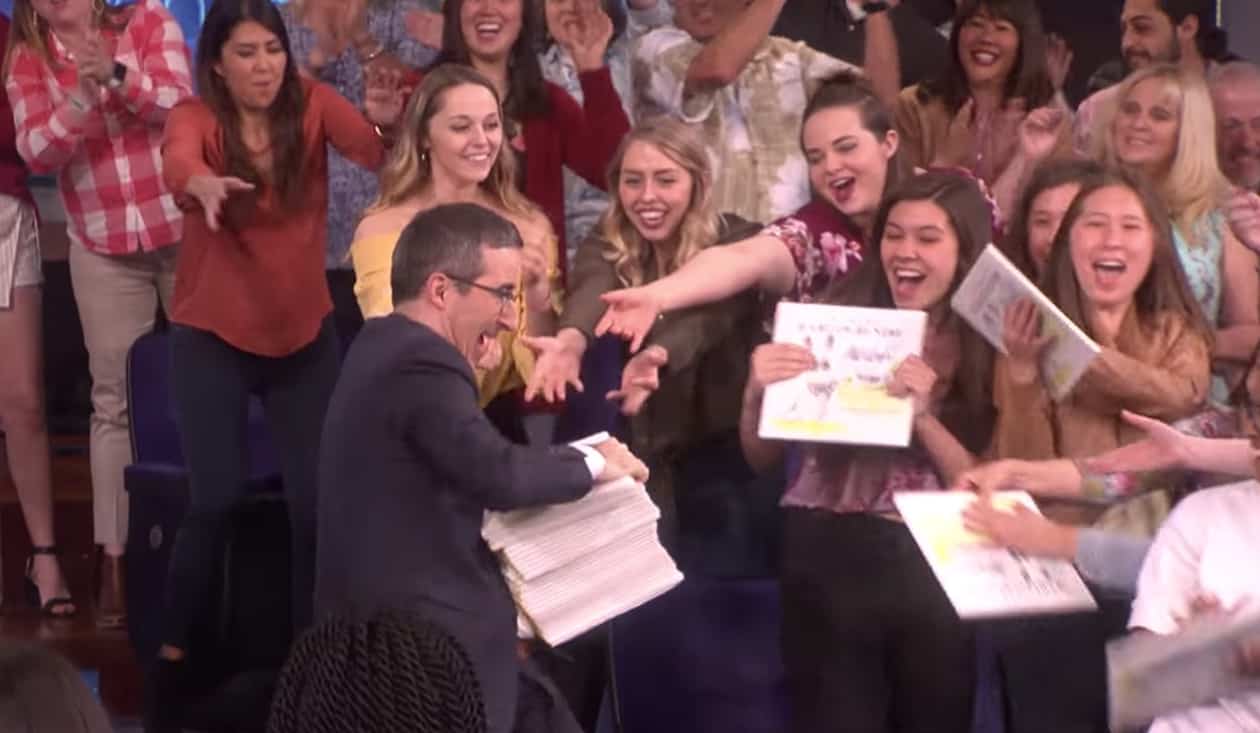 Ellen DeGeneres invited John Oliver to join him on her show today to talk about hideous homophobe Mike Pence and the trolling bunny book which has put Oliver in the headlines.

If you haven’t been following the headlines, the vice president released a book this week about the Pence family’s pet bunny Marlon Bundo, and Oliver responded by creating a Marlon Bundo book of his own. In Oliver’s book, the bunny is gay and gets married to another male bunny “because that’s the world we want to live in,” explained Oliver.

After Ellen revealed that it’s #1 on the Amazon best seller list, Oliver replied, “Unfortunately we have sold out, because we were not anticipating people really buying it, but they’re doing a reprint so you can still buy it.”

“[It] makes me happier than I can tell you,” said Ellen. “You’re doing so much good.”

Ellen then gave Oliver a physical challenge: hand out as many books as possible for a cash prize to The Trevor Project. And of course, Oliver was game.