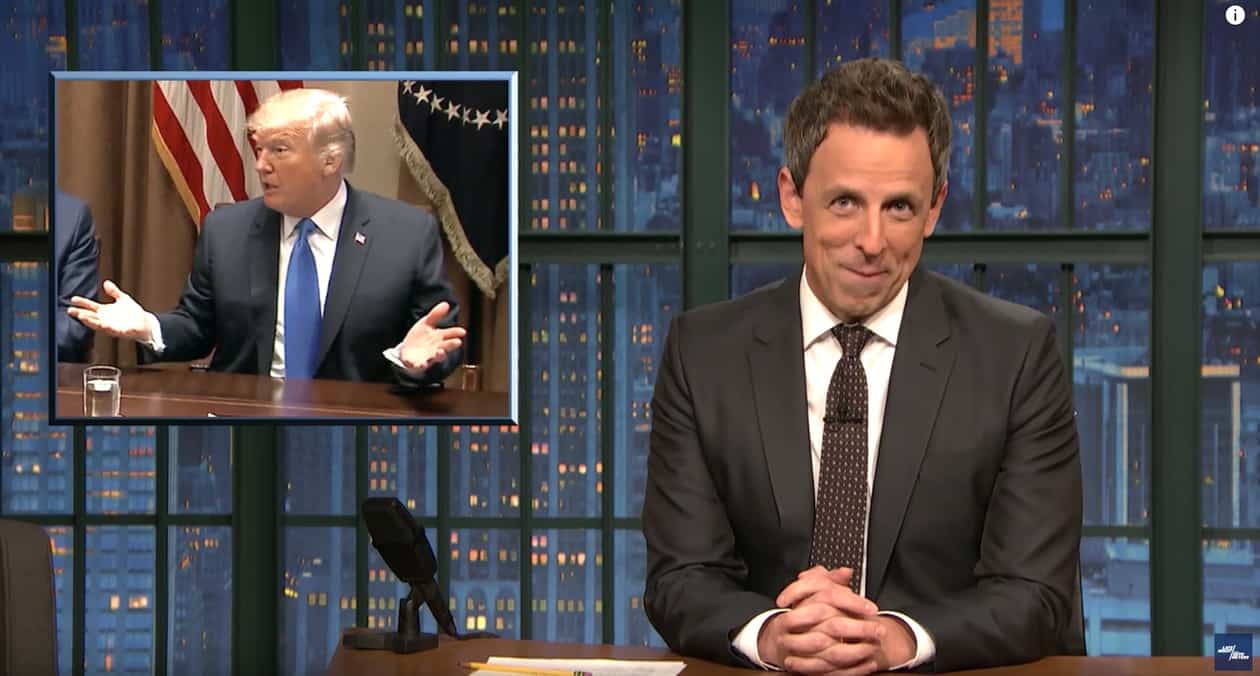 Seth Meyers took a look at yesterday’s crazy Wednesday in Trumpland, turning to Ben Carson’s furniture expenditure and the troubled tenures of Jared Kushner and Hope Hicks, before turning to his behavior at a meeting with lawmakers over gun control.

Said Meyers: “While more and more of Trump’s aides come under legal and ethical scrutiny, he’s also struggling to deal with the nation’s epidemic of gun violence. Today, Trump made a show of inviting a bipartisan group of lawmakers to the White House for a discussion on school safety and gun reform.”

Trump also discussed wanting to “harden” security at schools, explaining that things shouldn’t get too hardened, or police will have to drive a tractor through the walls of a school to get to criminals.

Quipped Meyers: “A tractor. Through the wall. Trump talks less like he’s in a White House meeting, and more like he’s at a rewrite table for a new ‘Die Hard’ movie.”

Asked Meyers: “Is this the first time he’s heard the word ‘comprehensive’? He sounds like a kid in a spelling bee who’s stalling for time.”

He added: “But here’s the thing we’ve been through with Trump before. In January, Trump held a similar bipartisan meeting on immigration where he said he would support a compromise and then he completely changed his mind. And that’s because Trump changes his mind based on the last person he’s spoken with. ”