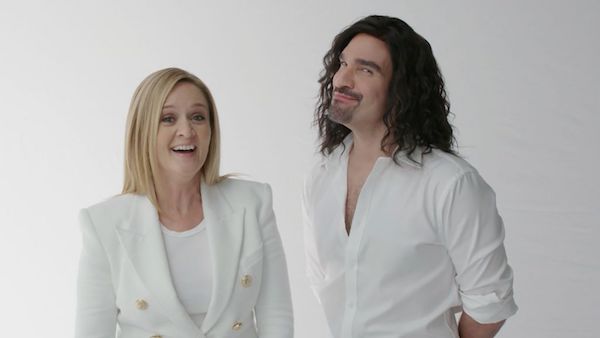 The first season of grown-ish, a spin-off of the popular ABC sitcom black-ish, wraps Wednesday at 8 p.m. Eastern on Freeform. Among the collegiate characters we’ve met through Zoey (Yara Shahidi) is Nomi, a bisexual student played by Emily Arlook.

With a new nightmare in each passing day’s news, it’s easy to be overwhelmed with where to focus your attention. The recovering island of Puerto Rico steps back into the spotlight Wednesday on a special edition of Full Frontal With Samantha Bee. Tune in at 10 p.m. Eastern on TBS.

The race is on, henny, with a fresh batch of queens looking to snatch the season 10 crown on RuPaul’s Drag Race. We’re already smitten with this season’s cast, but none more than NYC performer, Miz Cracker. Get to know the controversially-named queen in the video above, and see what Ru has up her sleeves next, Thursday at 8 p.m. Eastern on VH1.

The dark and dazzling Netflix series A Series of Unfortunate Events is back for a second season Friday. Neil Patrick Harris returns as Count Olaf, chasing after the Baudelaire children and the oddball characters they meet along the way.