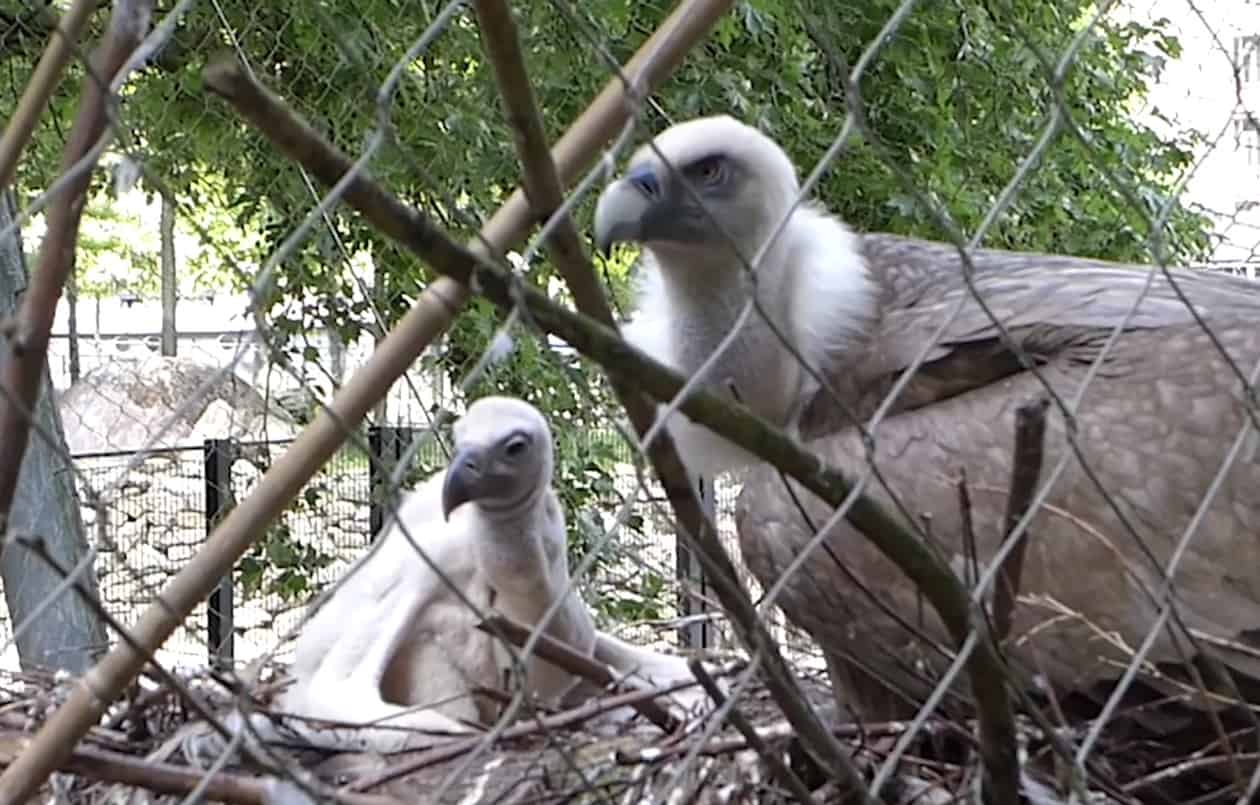 A chick hatched and raised by two male vultures at Artis Amsterdam Royal Zoo has been released into the wild in Sardinia.

The two birds hatched in Amsterdam in April and May 2017. One of them was raised from an egg by a male vulture couple.

“We have had them for some years. They always build a nest together, bond and mate together,” he told the BBC.

When staff found an abandoned egg which the other vultures would not care for, they decided to give it to the male vultures.

It was the zoo’s first successful hatching in five years.

Here’s video of the family shortly after the egg hatched last year:

This is not the first pair of gay vultures seen raising eggs in Europe.

In 2016, a pair of male vultures are cared for an egg at the Tierpark Nordhorn Zoo in Lower Saxony, Germany, after the egg accidentally fell two meters from a tree into the mud.

The egg had been laid by a vulture named Lisa and zookeepers decided to give the egg to the gay vultures who had become inseparable and shown no interest in females, as they had been preparing a beautiful nest and Lisa had made no attempt to build one.

After keeping the egg in an incubator for a short time, it was given to Isis and Nordhorn, who immediately began caring for it.

Previous Post: « Mother Who Drove SUV Off Cliff, Killing Family of 8, Was Drunk
Next Post: No Longer Alone: LGBT Activists from the Middle East and North Africa Speak Out in New Video Series »