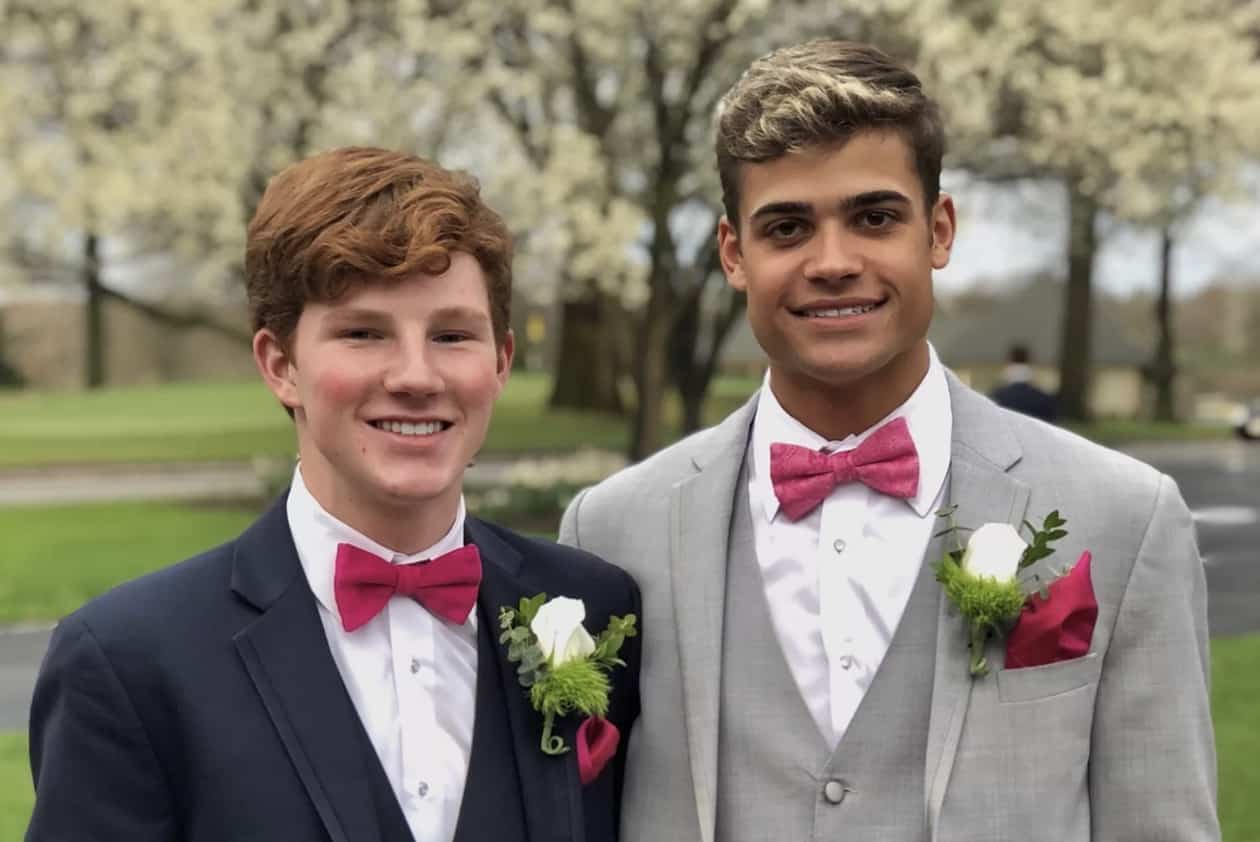 Back in December we reported on the story of Jake Bain, the star athlete and best football player at John Burroughs High School in Missouri. After coming out  as gay at an all-school assembly, he’s now signing with Indiana State.

More recently we reported that the Westboro Baptist Church got wind of Bain’s story as well, and planned a protest at his high school. But students planned a counterprotest that far outnumbered the WBC church members.

Now, Outsports has posted some even more heartwarming news. Bain and Hunter Sigmund, a swimmer and water polo player at the school, attended their prom together.

They’re the only openly gay couple at the school.

Said Bain: “We have been the only openly gay couple at Burroughs since I’ve been here, but it isn’t a problem at all at our school. People treat us the same. It is nice to be able to go to prom with whoever you want and not have to worry about what other people might think.”

Bain told KSDK in April when he signed with Indiana State that it was difficult hearing things from other players on the field after people knew he was gay: “At the bottom of a pile a lot of times I would hear ‘stay down, you fag.’ I would hear, ‘this is no sport for gay people.’”

Added Bain: “My main reason for coming out was not necessarily for me. I have always been comfortable with myself and how people view me. For me, it was to try and reach out to people who aren’t comfortable coming out. I feel like, especially within athletics, there’s a stigma. I don’t think being an athlete and gay really collide.”