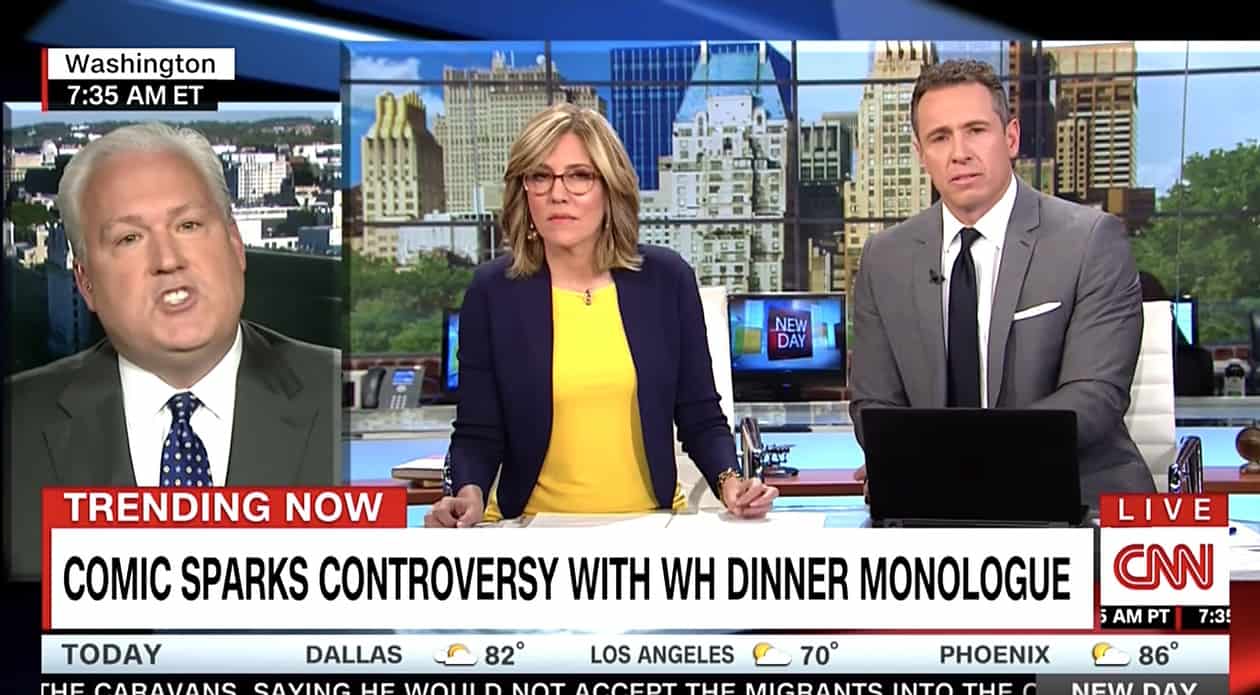 Millionaire lobbyist and CPAC Chair Matt Schlapp told CNN’s Alisyn Camerota that journalists shouldn’t be the arbiters of truth and facts in a contentious interview that ended with Chris Cuomo exclaiming “you’ve got to be kidding me” after confronting Schlapp about his “selective outrage.”

Schlapp was brought on because he and his wife Mercedes, who is a White House communications staffer, walked out of the White House Correspondents’ Dinner because they were so offended by Michelle Wolf’s monologue.

Early in the interview, in a one-on-one with Camerota, Schlapp asserted that journalists shouldn’t decide if someone is lying or not.

“We have political disagreements in this country, and I think it’s wrong for journalists to take that next step. Just present the facts. Let the American people decide if they think someone is lying. The journalist shouldn’t be the one to say that the president or that his spokesperson is lying, because what that does to 50 percent of the country is it makes them feel like they’re not credible to listen to anymore.”

I stand by that statement. Lying implies motive. Just cover the facts no matter how ugly and let the voters decide motives and intent. https://t.co/69lUe4KXxR