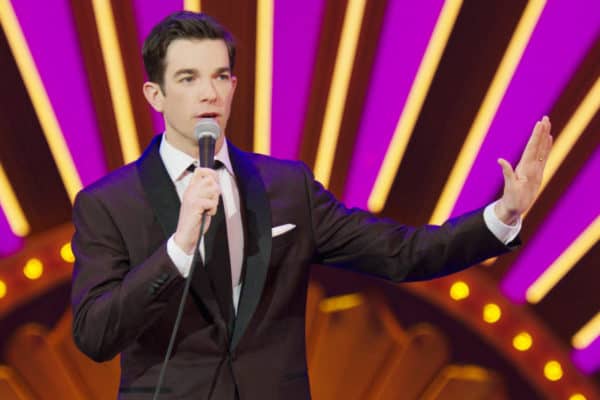 One of the sharpest stand-ups working today, John Mulaney, is back with another stand-up special on Netflix. Available Tuesday, Kid Gorgeous features the former SNL writer, star of Oh, Hello and voice on Big Mouth sharing his hilarious observations.

It’s the RuPaul’s Drag Race episode we’ve all been waiting for: Snatch Game. Which queens will reign supreme in fans’ favorite challenge Thursday at 8 p.m. on VH1? See what Morgan and Raja had to say about the queens in the video above (and what we had to say in our recap) ahead of this week’s celebrity-studded challenge.

Comedic legend (and gay icon) Carol Burnett comes bounding back to the small screen with a new series on Netflix Friday. A Little Help With Carol Burnett features the beloved comedian alongside a group of straight-talking tykes and celebrity guests like DJ Khaled, Lisa Kudrow and Billy Eichner.

Get a behind-the-scenes look at the crazy culinary world of New York City with Starz new dramedy Sweetbitter Sunday at 8 p.m. The coming-of-age story follows Tess as she starts her life over in New York City working at a high-end restaurant and getting to know its ragtag staff (including stand-out character, the flamboyant, Russian punk, Sasha.)