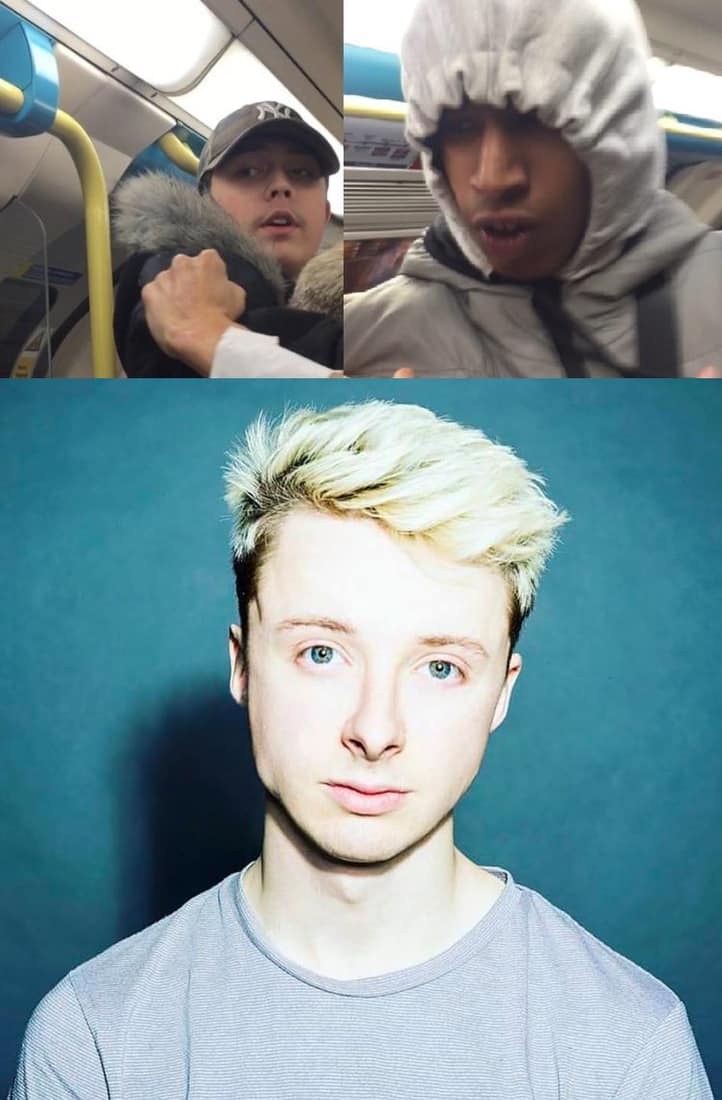 Two teens who attacked a 19-year-old on the London Tube and choked him till he apologized for being gay, have gotten off with no jail sentence in court.

The photography student today said the horrifying ordeal might never have happened if the teenage culprits, who cannot be named because of their age, had taken LGBT education classes at school. He has called for the Government to make LGBT studies compulsory after his attackers, aged 16 and 17, pleaded guilty to the assault which occurred on a Jubilee line train on October 21 last year.

Mr Mayrick’s attackers, from Newham, were handed 12-month referral orders and were each ordered to pay a £20 victim surcharge and £150 compensation. The 17-year-old admitted a public order offence and the 16-year-old pleaded guilty to assault by beating before both were sentenced at Bexley Magistrates’ Court last Friday.

Wrote Mayrick (above, bottom photo) on Facebook: “Very relieved that this has finally come to a close. Although no amount of compensation will cover the hurt that my friends and I have experienced, but I hope it highlights that hate crimes towards the LGBT+ community are still a huge issues and more needs to be done in education to combat this. Any money that I receive in compensation I will be donating to an LGBTQ+ support charity to help with their great work. Thank you to everyone for your kind words and support.”

Previous Post: « ‘If You’re Over Me’ Dives Deep into Olly Alexander’s Sexy World of ‘Palo Santo’ – WATCH
Next Post: Adam Rippon Poised to Win ‘Dancing with the Stars’ After Stunning Emotional Performance to Coldplay’s ‘O’ – WATCH »