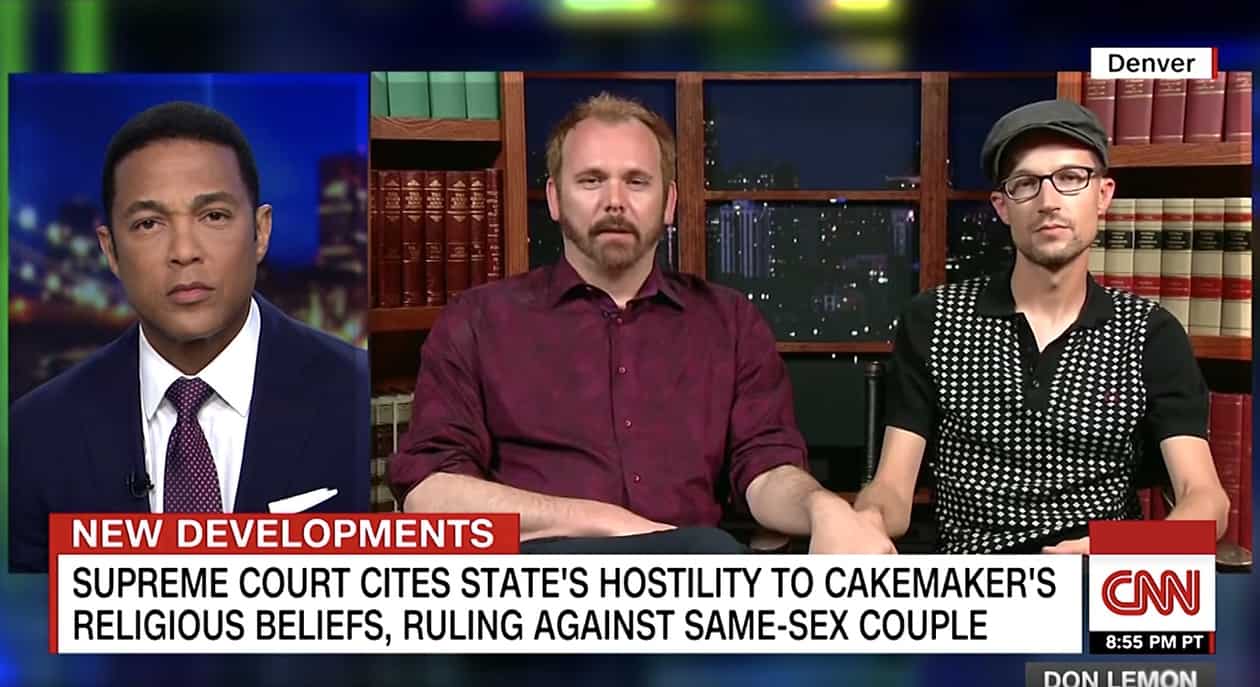 Dave Mullins and Charlie Craig, the couple at the center of the Masterpiece Cakeshop v Colorado case, spoke with CNN’s Don Lemon on Monday night about the ruling.

Said Mullins, when asked by Lemon why they just didn’t go elsewhere for their cake and leave it at that: “The reason we brought this case was because we didn’t want another loving couple to have to be turned away from a business just for who they are.”

RELATED: 3 Reasons Why Even The Narrow Masterpiece Cakeshop Decision is Bad

Craig said they were shaken by the ruling but have since recovered a bit after understanding it a little better: “We ran around for two hours being very confused and sad and worried, but as the day has progressed we’ve found some little gold nuggets like the Colorado anti-discrimination laws are still intact.”

Craig added that the couple had come from a rally at the state capitol and that it had felt good to get the support of the governor. He suggested that the couple would like a vacation after six years of the case but when they come back they’ll still be “fighting for the rights of our people.”