Lee Wardle, a gay Army veteran, stepped in to stop a homophobic man on a London bus after he punched another man named Adam multiple times following a phone conversation in which he said “faggots should be killed.”

Mr Wardle, who works as a bartender at Halfway 2 Heaven in Trafalgar Square and is himself gay, said he heard a man shouting homophobic abuse down the phone as he travelled on the bus towards Clapham Junction shortly after 4am on Sunday, March 25. ..

…The other passenger was “repeatedly punched and knocked unconscious,” Mr Wardle said.

Police have released CCTV images of the suspect, described as a black man with a shaved head and goatee beard who was wearing a smart blue suit, black shoes and grey scarf.

“The man was talking about having been to a gay club or bar, but he seemed to have gone there “with the view to pick up women”, he said.

“He had some sort of altercation with an individual about this.”

He added: “I think he said faggots should be killed. It was very distressing language.”

A video shot by another passenger shows the man punching Adam before Wardle, a 14-year veteran “who was deployed to Afghanistan in 2009 and won a medal for his service in Northern Ireland in 1997 and 1999,” shoved the attacker back.

Police have released a photo of the attacker. 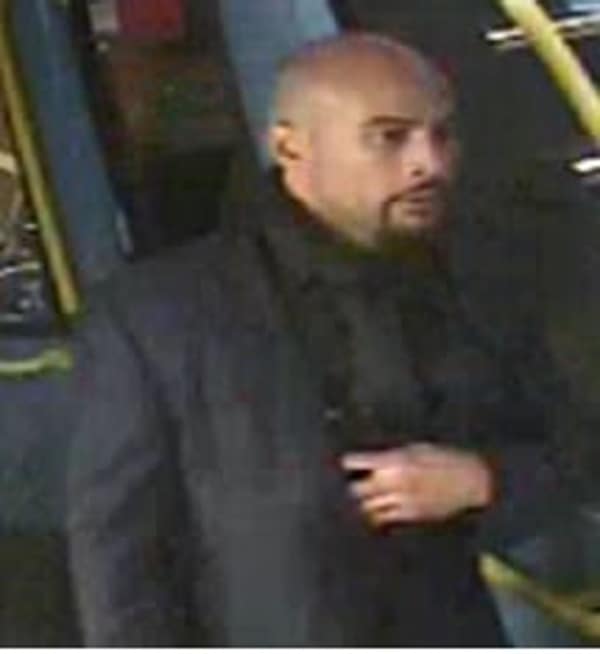