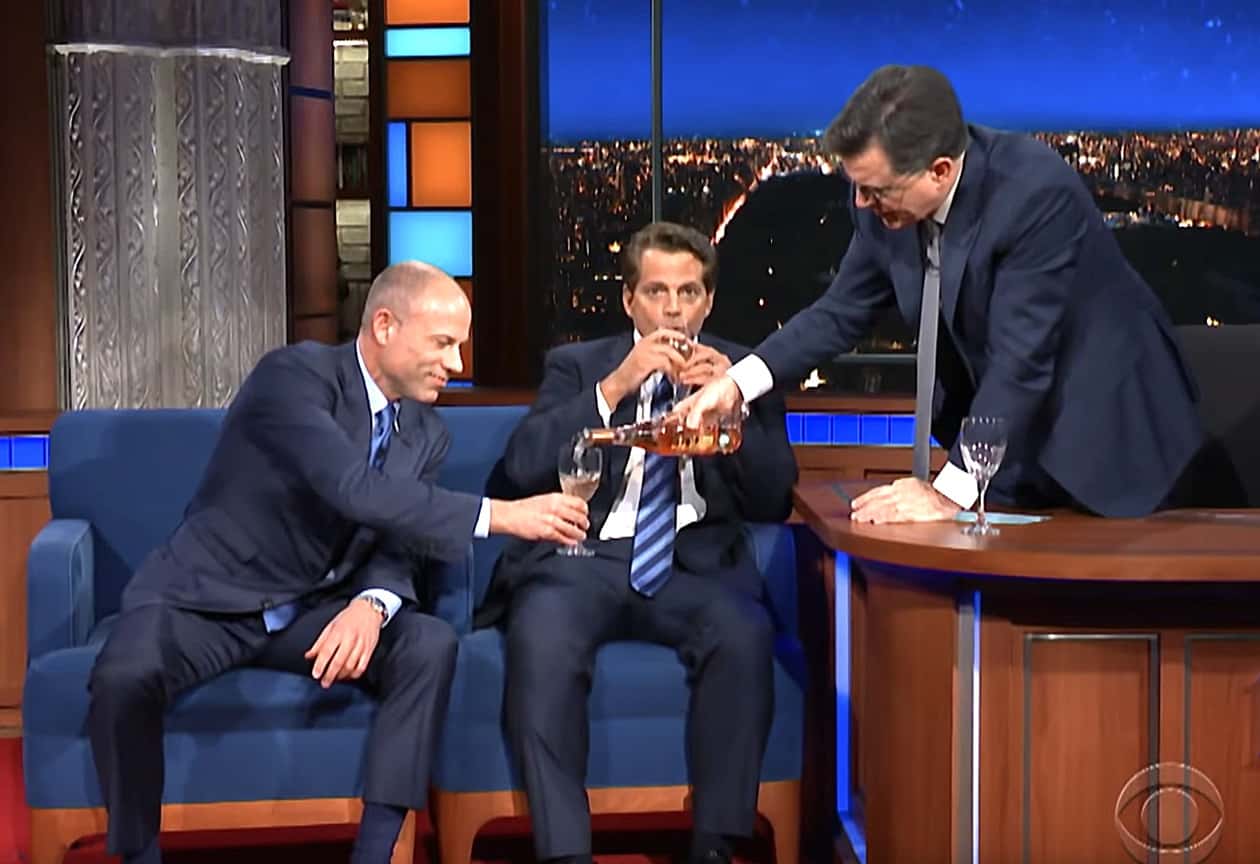 If Trumpland could get any weirder, former White House Communications Director Anthony Scaramucci and Stormy Daniels lawyer Michael Avenatti would be putting together a “comedy show”. Oh, wait.

Asked Colbert at the start of a segment widely seen as a preview of that new show: “What is this? And my follow-up is why is this? Why are the two of you a team right now?”

Replied The Mooch: “I didn’t know we were a team.”

Avenatti replied: “Let me say two things. I don’t have a lot of rules in my life. But one of the rules is I never do a show with a guy whose first name is ‘The.'”

Said Scaramucci: “See, I actually thought we were doing a show, and it was going to be the male version of ‘Thelma and Louise.’”

Quipped Colbert: “Well, this administration is certainly driving the country off a cliff right now.”

After the intro wound down, Scaramucci and Avenatti entered their dueling theories on the fate of Trump lawyer Michael Cohen, whether Trump will pardon himself, and the summit with North Korea.

After a break, the “show” returned.

The Mooch and Avenatti returned to debate whether Trump lawyer Rudy Giuliani is hurting or helping Trump, the revelation that Trump dictated a statement about Donald Trump Jr’s acceptance of an invitation to meet with Russian lawyers at Trump Tower before the election, presidential lies, the assault on the press, and predictions on how Trump’s presidency will end.

The Daily Beast panned their schtick: ‘Throughout the appearance, they tested potential catchphrases—“Are we gonna whine or are we gonna talk?”—and appeared to have their call-and-response shtick down, with Avenatti laying into Trump in sound bites and Mooch delivering a faux-measured response (really, obfuscation), as is his wont. Colbert’s bullshit detector must have been unplugged, because the late-night host appeared more than fine with having his show be exploited by the two aspiring TV stars. He poured them glasses of rosé, as if it were the fourth hour of the Today show, and lobbed them (mostly) softball questions.'”