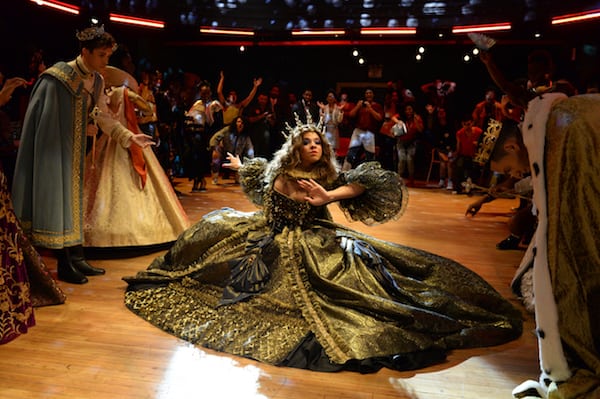 If you’re looking for something to chat about with the teens at your niece’s graduation party, be sure to tune into the second second premiere of The Bold Type Tuesday at 8 p.m. Eastern on Freeform. This season will continue to showcase the relationship between Kat and Muslim artist Adena.

Hold on to your pussycat wigs, because we’re nearing the end of another wild season of RuPaul’s Drag Race. The strong pool of contenders has been whittled down to just four with one more episode before the finale. Which queens move forward in the competition? Find out Thursday at 8 p.m. Eastern on VH1.

Clear your weekend plans, because you’re going to want to make time to binge a new season of Netflix’s Queer Eye reboot Friday. The Fab 5 are back, and this time they’re not just making over lovable, schlubby cis men; they’re upgrading a woman and a trans man while all learning valuable lessons. If you loved the first season, these new episodes are just as powerful. And if you haven’t yet checked out the first batch: What are you waiting for?! It’s good!

It’s only a matter of time before even the small victories the characters on Pose have achieved start to fall apart. Will it be Stan’s marriage, Blanca’s house or Damon’s new romance that will crumble first? An all new episode airs Sunday at 9 p.m. Eastern on FX.