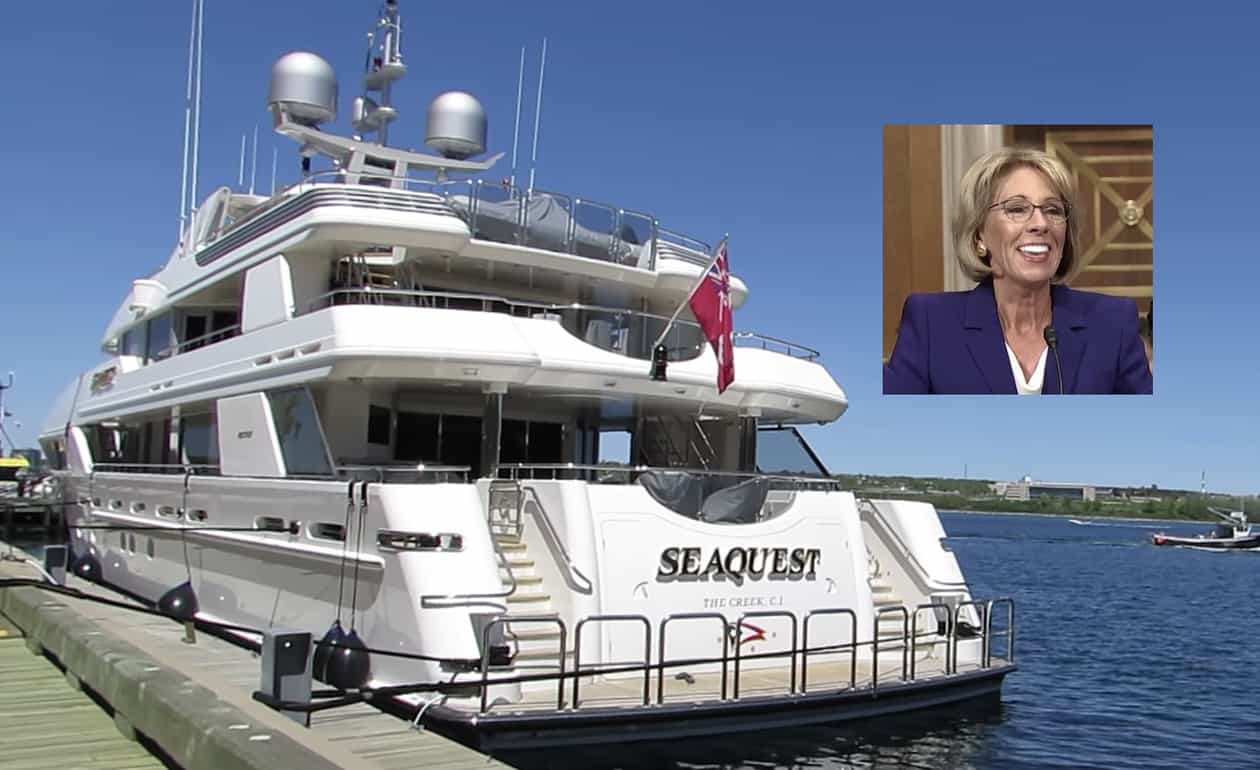 Someone untied Secretary of Education Betsy DeVos’s $40 million yacht Seaquest, one of 10 vessels owned by her family, while it was docked in Huron, Ohio, according to the Toledo Blade.

The Blade reports: “The Seaquest was moored at the Huron Boat Basin, 330 Main St., according to a police report. The captain of the 163-foot yacht, worth a reported $40 million, called police at about 6 a.m. Sunday, telling them that he and the crew realized at sunrise that someone had untied Seaquest from the dock, setting it adrift. The crew eventually got control of the yacht, but not before it struck the dock, causing an estimated $5,000 to $10,000 in damage from large scratches and scrapes, according to the police report.”

Previous Post: « Michael Cohen: He’s ‘Not Going to Be a Punching Bag’ for Trump Anymore
Next Post: White House Barred CNN Reporter Kaitlan Collins Because They Didn’t Like These Questions She Asked Trump: WATCH »