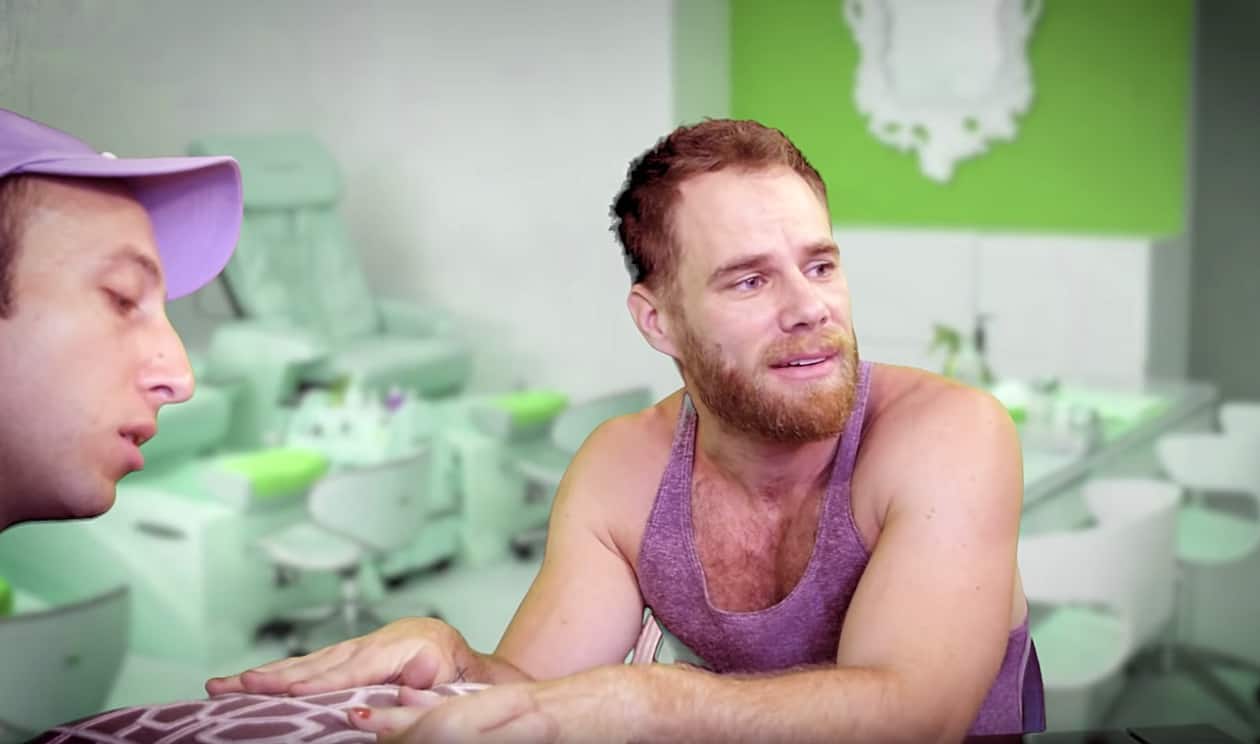 Comic Michael Henry sat down with actor Matt Wilkas for the first installment of his interview show Nailed, in which he paints ladybugs on Wilkas’s nails while asking him ridiculous and probing questions.

Henry grills Wilkas about what a cowlick is, if he’d allow someone on their deathbed to touch his penis, if he was an early bloomer or a late bloomer, when he first had sex, if he likes to gossip, if he ever had a T-Mobile Sidekick, when he feels insecure, boxers or briefs, the meanest thing and the nicest thing someone said to him on the playground, if he has dreams, whether he would want to see his blackouts, if he has ever cried to get out of something, his doppelganger, his shouting talents, cable vs satellite, and how he feels about someone thinking about him when they’re alone.