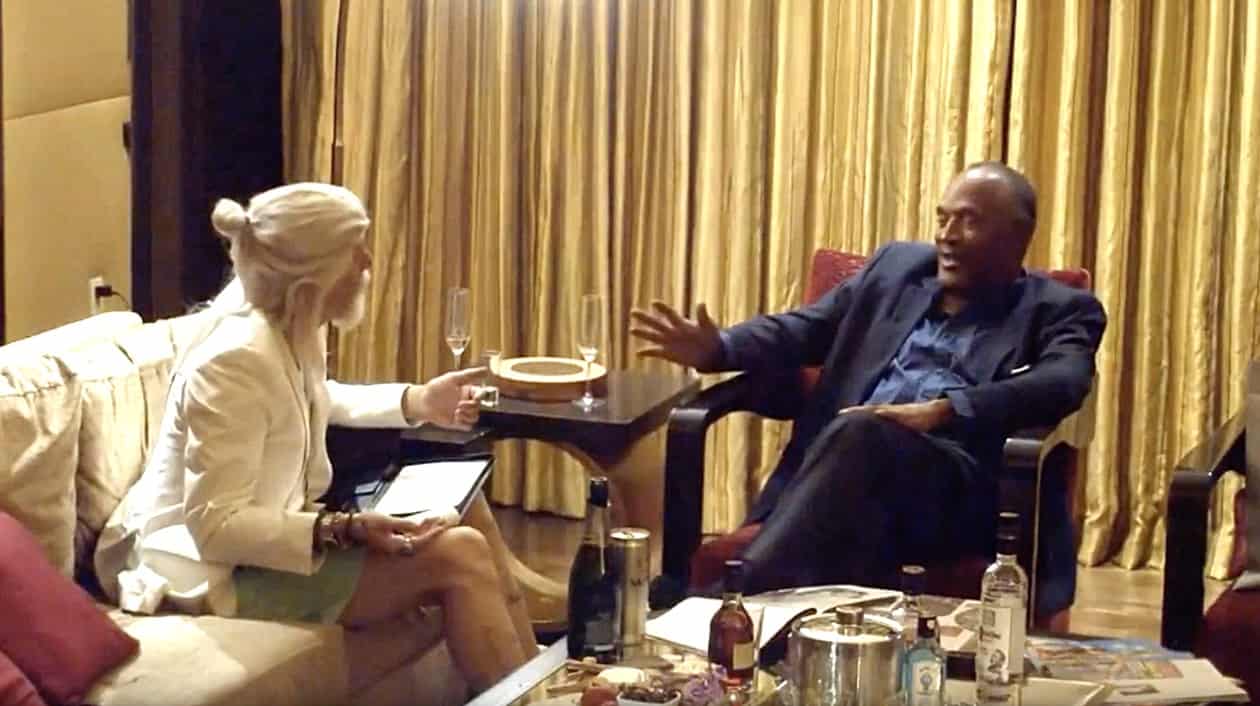 On the season finale of Sacha Baron Cohen’s prank show Who Is America?, Cohen’s alter ego Gio Monaldo sat down with OJ Simpson and tried to get him to confess to the murders of Ronald Goldman and Nicole Brown Simpson. The segment was one of few during the season which used a hidden camera.

Deadline explains how Cohen got all this to happen: “The gateway was one of Simpson’s lawyers, who took a payout to put Monaldo in a room with Simpson, acting as a middleman for the fictional Sheikh, who was prepared to pay a seven-figure sum to hear Simpson say what really happened that night, a confession to be delivered while the Sheikh was having sex with a prostitute. Monaldo would have to hear the confession, before his client would pay up. This took preparation that included Baron Cohen spending hours with a former lead interrogator for the FBI, an expert in drawing out confessions. It also involved creating credible cover stories for the Sheik and Mansour, so that the lawyer who pocketed the fee and others could Google and feel they were dealing with real people. When Simpson didn’t take the bait, Baron Cohen’s Monaldo character had to be content with essentially calling Simpson a murderer continuously for a three minute stretch.”