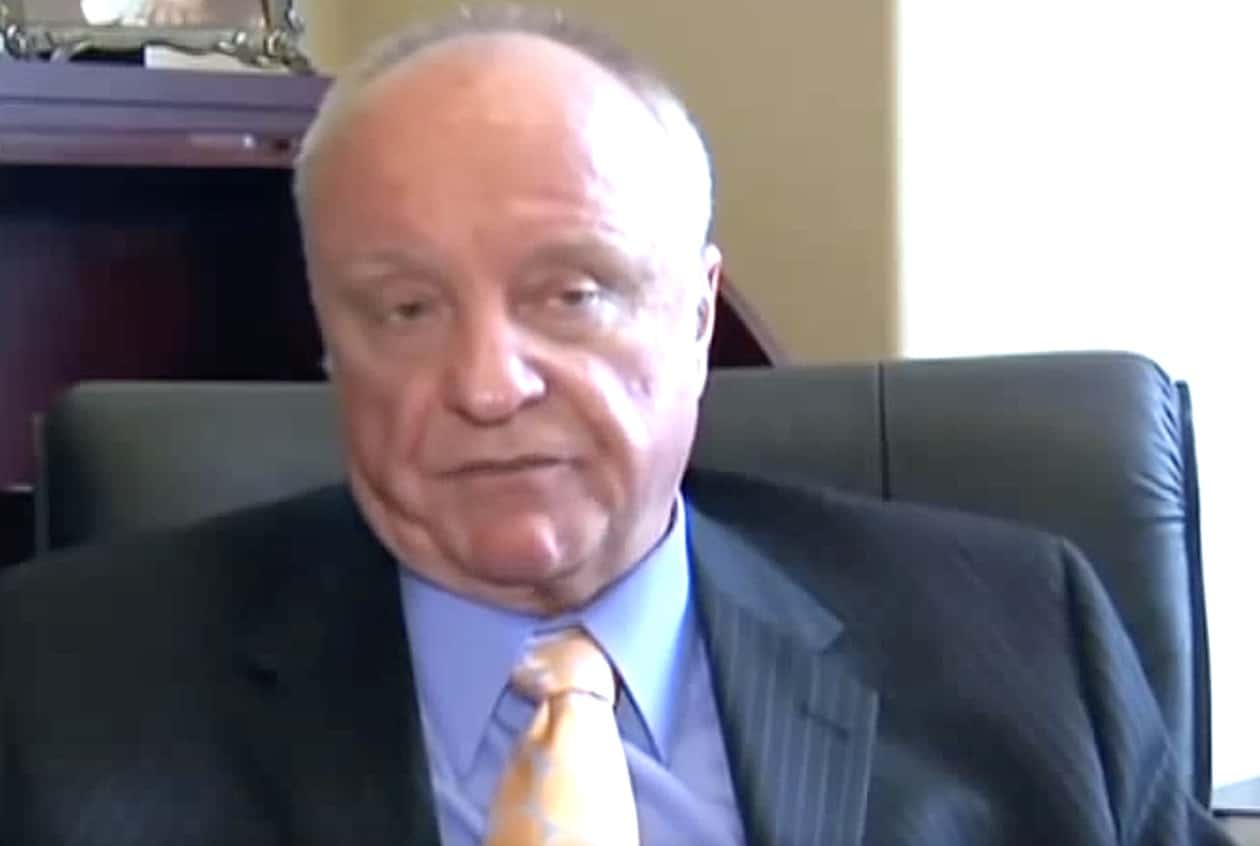 Longtime readers of this site will remember Chris Buttars, the racist, homophobic Utah state senator who was removed from two committees for comparing gays to radical Muslim extremists and asserting that they are America’s ‘greatest threat.’

Said Buttars in 2009 after bragging that he “killed” every gay rights bill in the last eight years: “Homosexuality will always be a sexual perversion. And you say that around here now and everybody goes nuts. But I don’t care…They’re mean. They want to talk about being nice. They’re the meanest buggers I have ever seen. It’s just like the Muslims. Muslims are good people and their religion is anti-war. But it’s been taken over by the radical side. What is the morals of a gay person? You can’t answer that because anything goes. They’re probably the greatest threat to America going down I know of.”

Buttars died on Monday at the age of 76, FOX13 reports: “Buttars had long championed conservative social causes, fighting to restrict abortion in the state and opposing what he considered the homosexual agenda, crusades that made him a favorite of the Republican right…He was the sponsor of Amendment 3, Utah’s constitutional amendment that banned same-sex marriage and, according to Gayle Ruzicka, president of the Utah Eagle Forum, was instrumental in swinging the final vote in the Senate.”

Later in his career, Buttars eased just an inch on his position toward gay people, saying “I don’t mind gays. I just don’t want ’em stuffin’ it down my throat all the time, and certainly in my kids’ face.”

Previous Post: « Trump Lauds Himself for ‘Incredible Unsung Success’ of Puerto Rico Hurricane Response: ‘One of the Best Jobs That’s Ever Been Done’ – WATCH
Next Post: Out Gay Democrat Chris Pappas Poised to Make History in New Hampshire After Winning Nomination in State’s Swing 1st District »