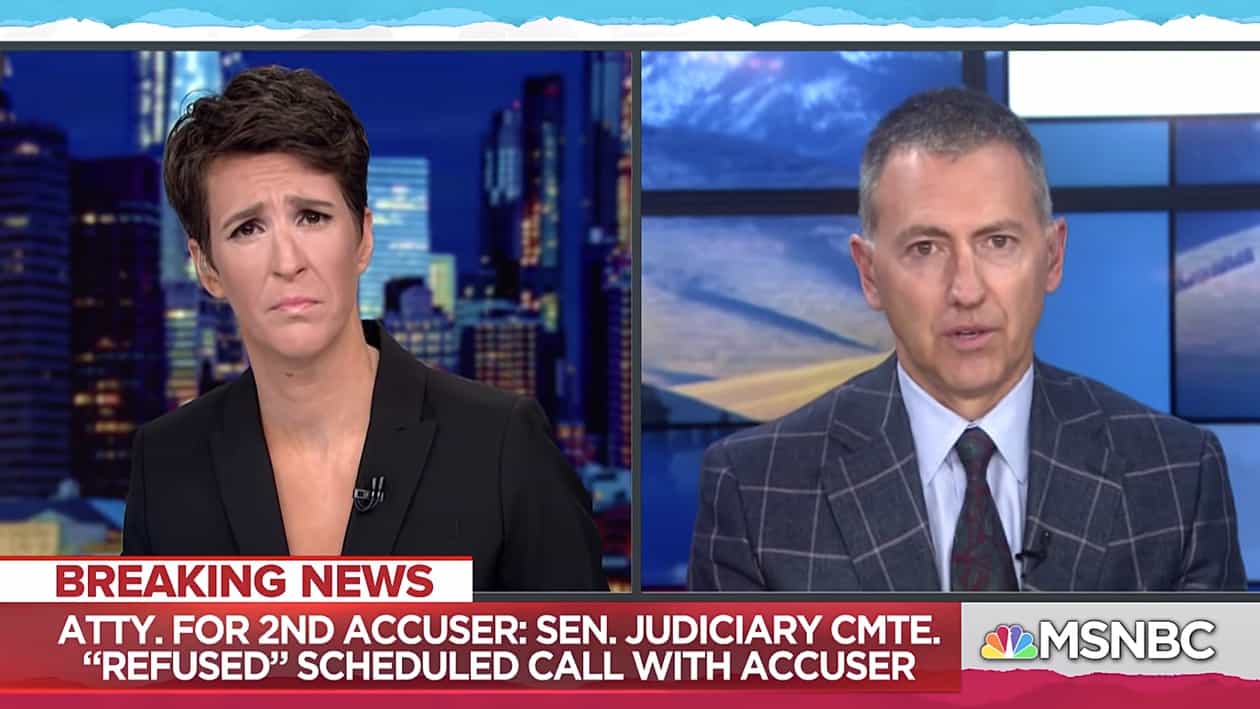 Said attorney John Clune to Rachel Maddow: “Here’s the problem, Rachel: They won’t talk to us. The demand that they keep making to us is, ‘Give us every piece of information that you have now and then we can talk about scheduling a phone call.’ And that’s just not the kind of partisan game playing that our client deserves…The idea that they won’t even talk to her counsel about what the process might look like, what the options are, that tells me that whatever they’re planning it’s either gonna be by ambush or it’s gonna be used as just a footnote to the confirmation process and this will all be dealt with in just a few days…There are plenty more people that need to be contacted that if there is gonna be a real investigation…but at this point it doesn’t look like there is at least much of a momentum for that to take place.”

Clune on Tuesday called comments by Donald Trump that his client could not be credible because she had been drinking “incredibly distubing…especially since he doesn’t seem to be of interest in having any kind of investigation into what happened.”

Added Clune: “She has intentionally been very, very careful about what information she’s putting out there, and what she said in The New Yorker is exactly what she recalls with clarity.”

“It was incredibly disturbing,” Attorney for Kavanaugh accuser Deborah Ramirez says of his client’s reaction to President Trump’s comments about her pic.twitter.com/6yjEW41yeh

Previous Post: « Nikki Haley: World Leaders Were Laughing at Trump Because ‘They Love How Honest He Is’ — WATCH
Next Post: Trump: Brett Kavanaugh is ‘a Gem, an Absolute Gem’ — WATCH »