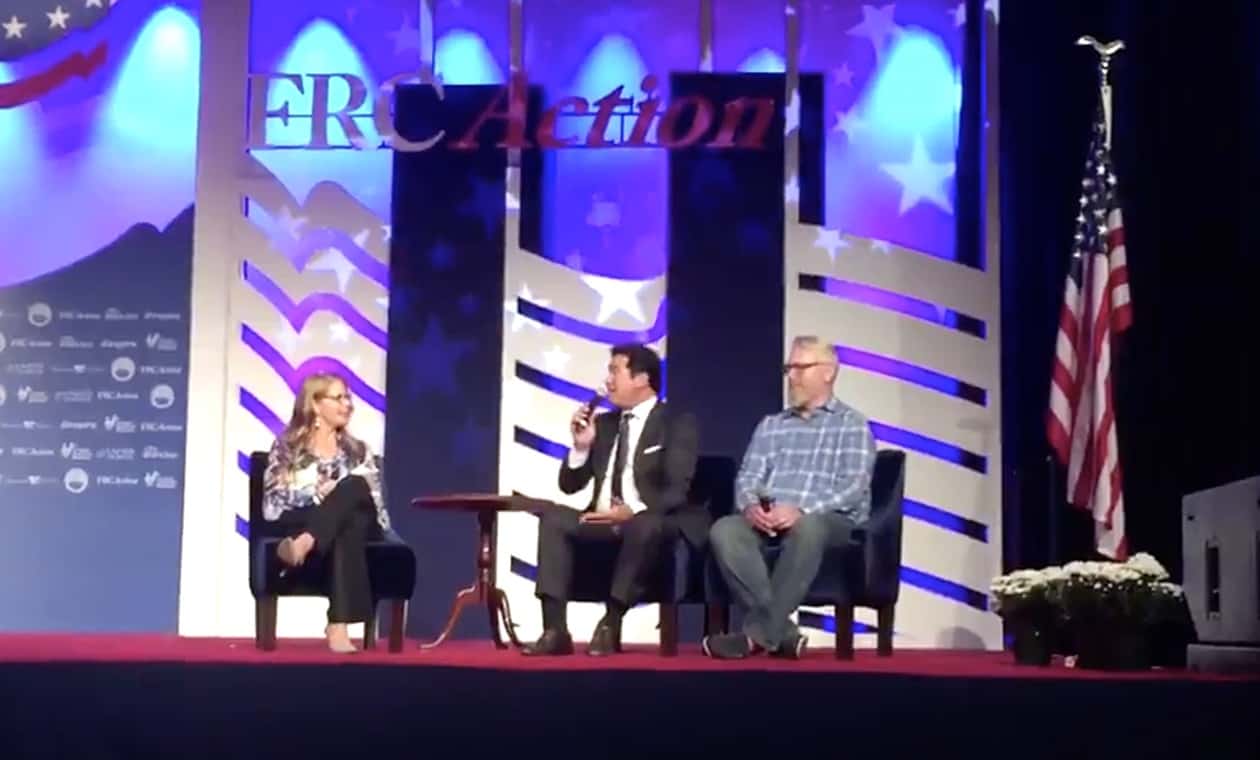 Appearing on a panel at the Values Voter Summit,  Dean Cain blasted Twitter users who objected to the fact that he would speak before the most virulent anti-LGBTQ hate group in the United States, the Family Research Council, which hosts VVS and profits from it. As GLAAD noted yesterday, “There is no event on the calendar that is more rabidly against LGBTQ people and our rights.”

Cain had lengthy exchanges with GLAAD and gay activists on Twitter this week about why it was wrong for him to be appearing before the arch-conservative hate group.

Asked the moderator of Cain’s panel: “Have you taken pressure on Twitter on Instagram — and I know the answer to this question but I want to hear you say it anyway.”

Replied Cain: “Yesssss. Certainly. I take that sort of heat and abuse every single day but it doesn’t bother me in the least…it doesn’t make me mad, it just shows people’s intolerance towards listening to another opinion. Just the fact that I’m here, just the fact that I’m here people were blowing me up all day long with the most ridiculous things that you could ever here. Talk about intolerance. It’s ridiculous. I take heat. It doesn’t bother me, I welcome it, because I sleep well at night. I know I’m doing something that matches my convictions and my heart and I’ll happily defend the things that I say and I stand for.”

As we noted yesterday, the Family Research Council has been designated a hate group by the Southern Poverty Law Center, which writes (follow the link for much more): ‘The FRC often makes false claims about the LGBT community based on discredited research and junk science. The intention is to denigrate LGBT people as the organization battles against same-sex marriage, hate crime laws, anti-bullying programs and the repeal of the military’s “Don’t Ask, Don’t Tell” policy. To make the case that the LGBT community is a threat to American society, the FRC employs a number of “policy experts” whose “research” has allowed the FRC to be extremely active politically in shaping public debate. Its research fellows and leaders often testify before Congress and appear in the mainstream media. It also works at the grassroots level, conducting outreach to pastors in an effort to “transform the culture.”’