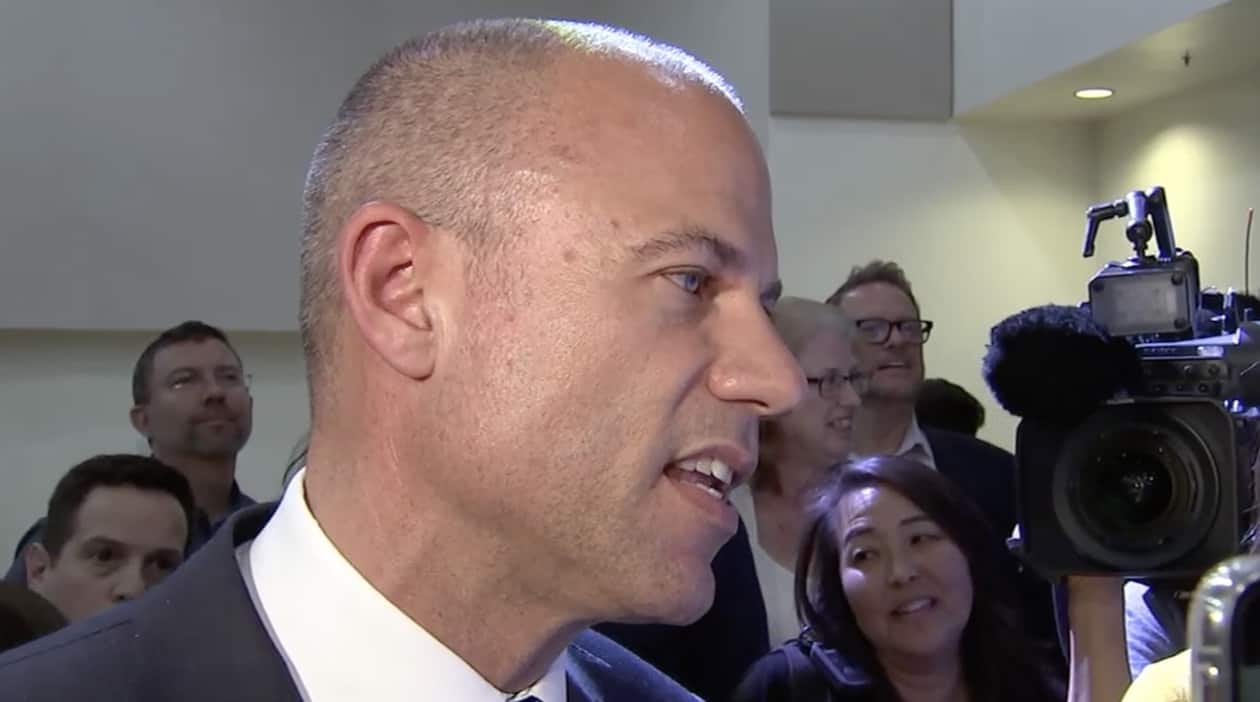 Michael Avenatti, the lawyer for Stormy Daniels, says he is representing a woman with a third allegation against SCOTUS nominee Brett Kavanaugh and floated questions related to “gang rape” of a woman by multiple men.

Tweeted Avenatti on Sunday night: “I represent a woman with credible information regarding Judge Kavanaugh and Mark Judge. We will be demanding the opportunity to present testimony to the committee and will likewise be demanding that Judge and others be subpoenaed to testify. The nomination must be withdrawn…My client is not Deborah Ramirez.”

My client is not Deborah Ramirez.

Avenatti then tweeted a list of questions to the Senate Judiciary Committee suggesting he has evidence related to the following questions for Kavanaugh:

“Did you ever target one or more women for sex or rape at a house party? Did you ever assist Mark Judge or others in doing so?”

“Did you ever attend any house party during which a woman was gang raped or used for sex by multiple men?”

“Did you ever witness a line of men outside a bedroom at any house party where you understood a woman was in the bedroom being raped or taken advantage of?”

My e-mail of moments ago with Mike Davis, Chief Counsel for Nominations for U.S. Senate Committee on the Judiciary. We demand that this process be thorough, open and fair, which is what the American public deserves. It must not be rushed and evidence/witnesses must not be hidden. pic.twitter.com/11XLZJBTtY

Avenatti also tweeted: “Brett Kavanaugh must also be asked about this entry in his yearbook: “FFFFFFFourth of July.” We believe that this stands for: Find them, French them, Feel them, Finger them, F*ck them, Forget them. As well as the term “Devil’s Triangle.” Perhaps Sen. Grassley can ask him. #Basta”

Brett Kavanaugh must also be asked about this entry in his yearbook: "FFFFFFFourth of July." We believe that this stands for: Find them, French them, Feel them, Finger them, F*ck them, Forget them. As well as the term "Devil's Triangle." Perhaps Sen. Grassley can ask him. #Basta

Here are subsequent emails between me and Mr. Davis. It appears that (1) the Committee has an issue with this process being public and (2) the Committee wants to avoid Mr. Judge testifying or even requesting that he testify. Both are absolute necessities. pic.twitter.com/jiwtFFGbJd

Previous Post: « Ronan Farrow on Second Kavanaugh Allegation: ‘It is Not Accurate to Say Those Who Knew Him at the Time Dispute This’ – WATCH
Next Post: NYPD Hunts Suspect Who Beat Two Gay Men Unconscious in Homophobic Attack Outside Metropolitan Bar in Brooklyn: WATCH »