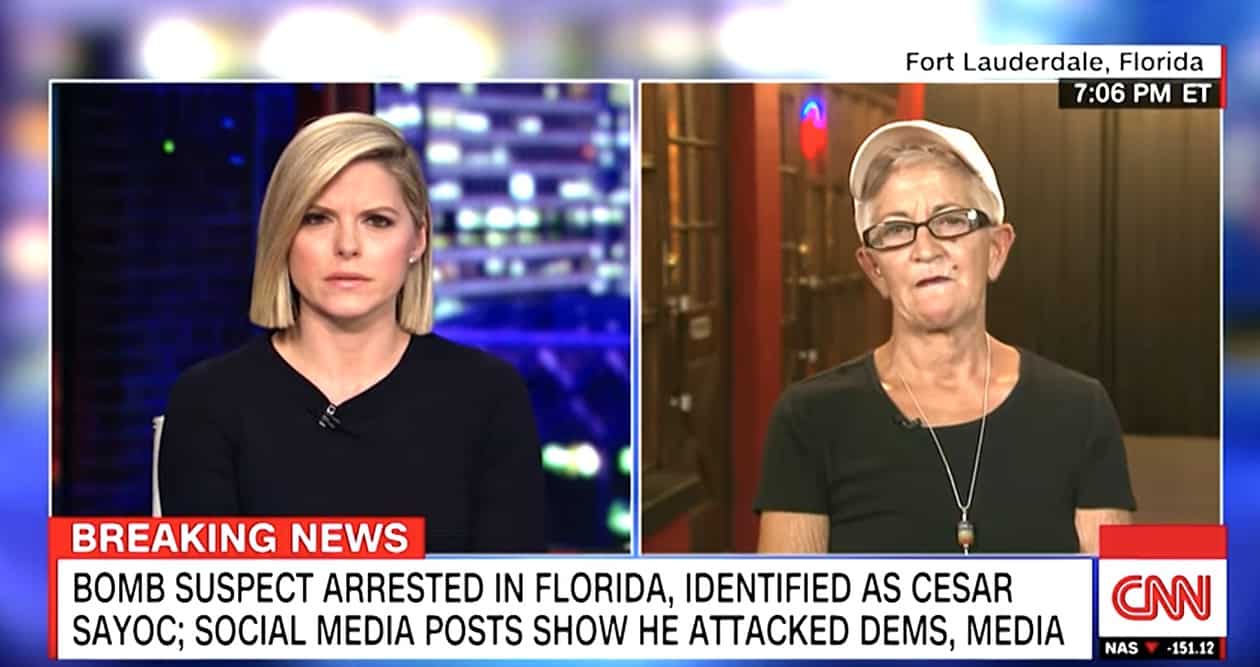 Buzzfeed News reported: ‘Photos on a Facebook account that appeared to belong to Sayoc, showed him at pro-Trump events in 2016, wearing a MAGA hat, holding MAGA signs, and posting MAGA memes on his social media. Many of his posts were related to his support for Trump. He also appeared to be at Trump’s inauguration in January. He also posted a video of him at an event where Trump was speaking on stage. In one post in September 2016, Sayoc celebrated false conspiracy theories about Hillary Clinton’s reported decline in health, saying she was “headed to graveyard” and that “America will celebrate” her death.’

Gureghian said she was “shell-shocked” and “her hair stood up” when she heard he was the suspect because despite his political views and the van he drove he was well-dressed, cordial, polite, and a model employee.

Said Gureghian: “He was anti-gay, anti-black, anti-Jewish, you name it. Everybody that wasn’t white, and wasn’t a white supremacist didn’t belong in the world. That’s what he used to say to me all the time.”

She added: “He knew I was a lesbian and a very proud lesbian and he made it a point to tell me that God had made a mistake with me and that I should burn in hell…my mother brought me up to always believe the best in people and turn the other cheek. I’ve had people not like me because I’ve been gay. I didn’t have to go home with him. He was not a friend of mine. I just hired him. He did his job.”

Gureghian said that she once got a ride home from Sayoc in the van with all the crazy Trump decals on it. She called the van “freaky scary” and said that when she got in the van she made sure to look for a way out.

“He had really appreciated me as a general manager, liked me, but hated me as being a lesbian. So I always wanted to make sure if he ever offered me a ride that I could find a way out of that van.”