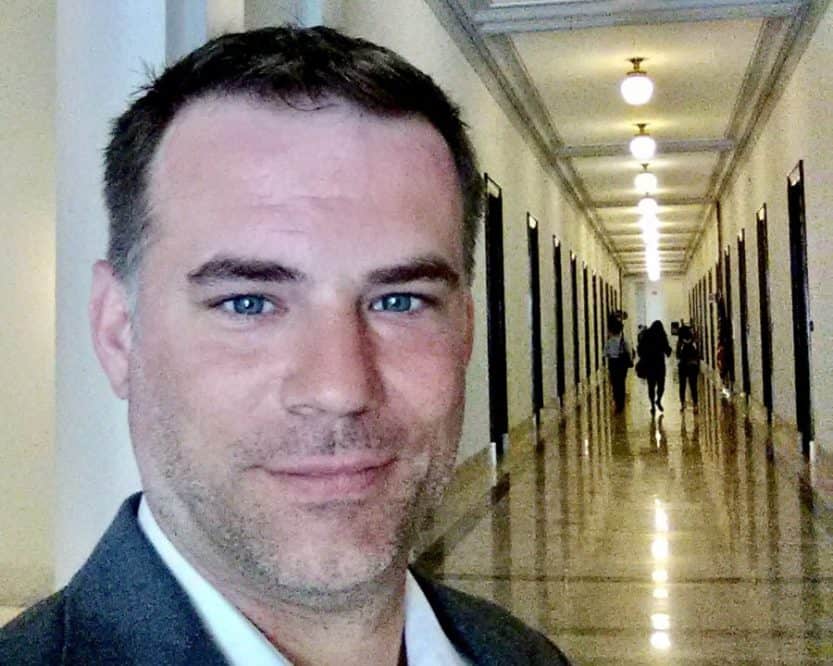 Coathangers, of course, are often referred to as the tools utilized where legal abortions are not available.

Wrote Facebook user Eric Engle after posting Barber’s since-deleted comment: “I feel obliged to post something from the most worthless piece of human garbage I’ve ever encountered, Parkersburg City Councilman from District 04, Eric Barber. Let him know what you think of his remarks regarding the pending Kavanaugh confirmation. Share widely.”

Deep South Voice reports that Barber is a self-described “head hunter of alt-left liberals: ‘Photos and videos on Barber’s Facebook show him attending pro-Kavanaugh rallies. On one, he claimed that a pro-choice protester threw coat hangers at him. Voters first elected Barber in November 2016, when he ran as a Democrat. He left the party in 2017 and became an independent, accusing Wood County Democratic Party Chairman Daryl Cobranchi of “anti-Christian rhetoric” after Barber refused to a support a non-discrimination ordinance Cobranchi supported. The ordinance would’ve extended nondiscrimination protections to LGBT residents. After his “coathangers” comment, residents posted screenshots of other comments Barber has made during his time as a city councilman. In one comment, posted on a video about a young boy who dresses in drag, Barber tagged one local gay rights advocate, writing that he “may be quick to defend this form of child exploitation because he may be one of the many gay men who enjoys watching pre-puberty boys compete in drag shows.”’