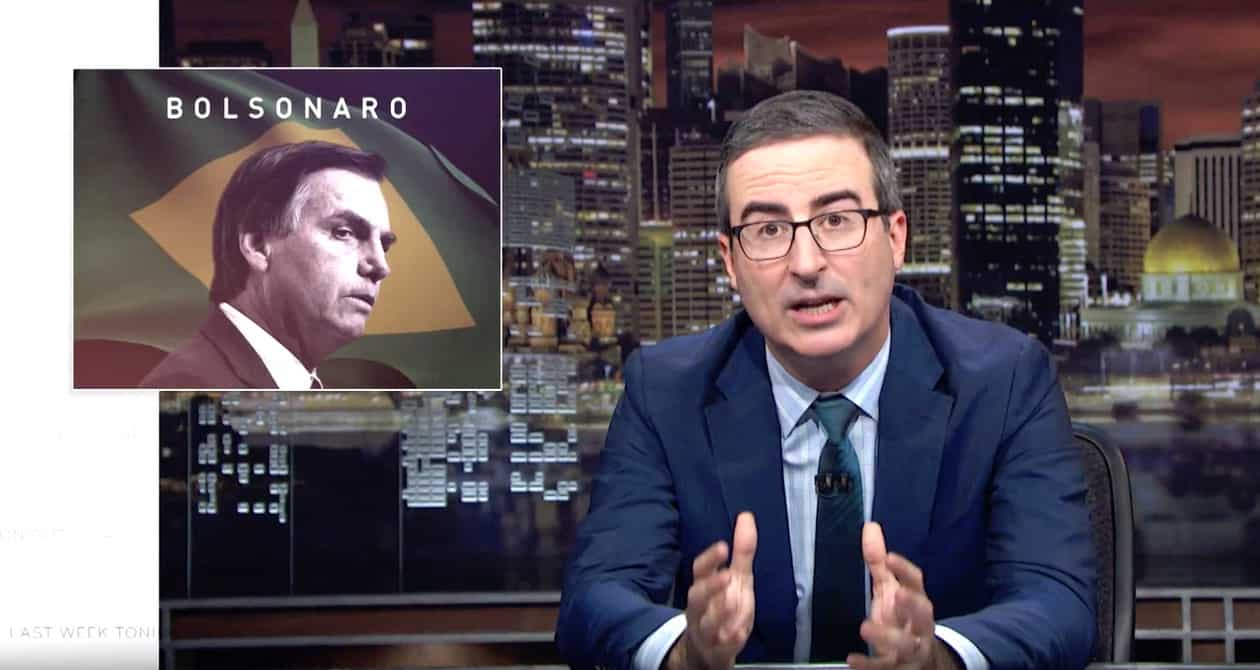 Jair Bolsonaro, a Trump-esque racist, sexist, homophobic right-wing candidate, could become the next president of Brazil after winning a first round victory in its elections on Sunday.

John Oliver laid into Bolsonaro in a 16-minute rant on Last Week Tonight. While Oliver pointed out that Brazilian elections can be a lot of fun because of the colorful ads, this one has been particularly crazy, he added.

Brazil is the fifth largest country on earth with 200 million people, and they’re on the brink of massive change, he said: “There is a very real chance that they’re about to elect a dangerous ideologue with potentially disastrous consequences.”

As Oliver explained, Bolsanaro has racist, homophobic, misogynistic and anti-Democratic views. He’s become known as “the Brazilian Trump.” He once told a female member of Congress that she wasn’t worth raping and then threatened to assault her.

Bolsonaro has said that gay people want to indoctrinate children, and advised that if your children start becoming gay, they should be whipped.

Ellen Page once grilled Bolsanaro on that topic, telling him she is gay and asking him if he would have beaten her. Instead of answering directly, Bolsonaro instead replied that he would catcall at her if she were a military cadet.

And then there are the fingerguns.