KENTUCKY. Man apologizes for dressing his kid as Adolf Hitler while he wore a Nazi soldier uniform. “I think it was in bad taste for me to let my child to wear that, probably for me to wear that. It didn’t occur to me. I thought it was a bad decision on my part.”

PITTSBURGH. Jewish leaders tell Trump he’s not welcome there: “Our Jewish community is not the only group you have targeted. You have also deliberately undermined the safety of people of color, Muslims, LGBTQ people, and people with disabilities. Yesterday’s massacre is not the first act of terror you incited against a minority group in our country.”

KELLYANNE CONWAY. Anti-religious late night comedians are to blame for the synagogue shooting.

Kellyanne Conway suggests that “the late-night comedians” and “the unfunny people on TV shows” are responsible for the deadliest anti-Semitic massacre in American history. pic.twitter.com/h4n86dpSs4

5,000 TROOPS. Headed to the southern border to meet the migrant caravan.

GEORGIA. Jimmy Carter calls on Secretary of State Brian Kemp to resign: “I have officially observed scores of doubtful elections in many countries, and one of the key requirements for a fair and trusted process is that there be nonbiased supervision of the electoral process.” 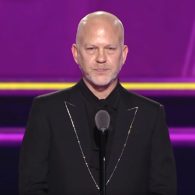 DUNCAN HUNTER. Congressman could still serve after felony conviction: “If Hunter wins re-election and is subsequently convicted, there is no constitutional provision or House rule that explicitly requires him to lose his seat, even if he is imprisoned and unable to vote on behalf of his district. Whether he would be pressured to resign could largely depend on which party comes out on top in congressional elections.”

EVAN GREER. Trump’s attacks on trans people should be a wake up call: “The LGBTQ community needs to unite behind our most vulnerable members like we’ve rarely done before. To do that, we’ll have to grapple with our history. We can’t go back in time, or undo what’s been done. But we can commit to doing better. We can respect and honor those who fought before us, and learn from the moments where they failed.”

2020. Hillary Clinton says she’d like to be president: “The work would be work that I feel very well prepared for having been in the Senate for eight years, having been a diplomat in the State Department.”

TRANS ERASURE. 1,500 parents of transgender children send letter to Trump denouncing plans to erasure transgender people: ‘Today, HRC released a letter to Donald Trump and Mike Pence denouncing their administration’s proposed regulations narrowly defining “sex” to exclude transgender people and to eliminate federal civil rights protections for LGBTQ people in the process. The letter, signed by more than 1,500 parents from all 50 states and Washington, D.C., was organized by HRC’s Parents for Transgender Equality Council, a coalition of the nation’s leading parent-advocates working for equality and fairness for transgender people.’

ENEMY OF THE PEOPLE. CNN’s Jim Acosta asks Sarah Huckabee Sanders to identify the news outlets that are the enemy.

Sanders defends Trump's use of "enemy of the people" to describe news media, even after Trump supporter allegedly sent pipe bombs to CNN and other critics of the President. pic.twitter.com/t3kFW8OI9W

HEALTH ATTACKS. Diplomats face new ordeals in U.S.: ‘For the past 18 months, more than two dozen U.S. diplomatic staffers once stationed in Cuba and China have endured an ordeal that isequal parts medical mystery, political stand-off and bureaucratic muddle. Cuba and China deny any role. While the U.S. hasn’t named a culprit, it says the “health attacks” caused brain injury and other physical harm. Physicians enlisted by the State Department have identified what they call a “Brain Network Disorder” acquired by U.S. personnel serving abroad, say U.S. officials, that includes structural changes to the brain not found in any previously known disorder.’

RICHARD GILL. Beloved conductor honored with concert outside his home hours before his death: ‘On Friday night the associate principal trumpet for Sydney Symphony Orchestra, Paul Goodchild, called his friend Pat Devery, an esteemed flugelhornist, and told him Gill was close to the end. “Can we do something?” Goodchild asked Devery. A few phonecalls and a Facebook post later, with the blessing of Gill’s family, Devery managed to organise an impromptu gathering outside Gill’s home on Saturday morning. More than 70 people brought their instruments and music stands to perform for Gill one last time.’

BURGER OF THE DAY. From Tetsu.

TRAILER OF THE DAY. Netflix’s Dogs.