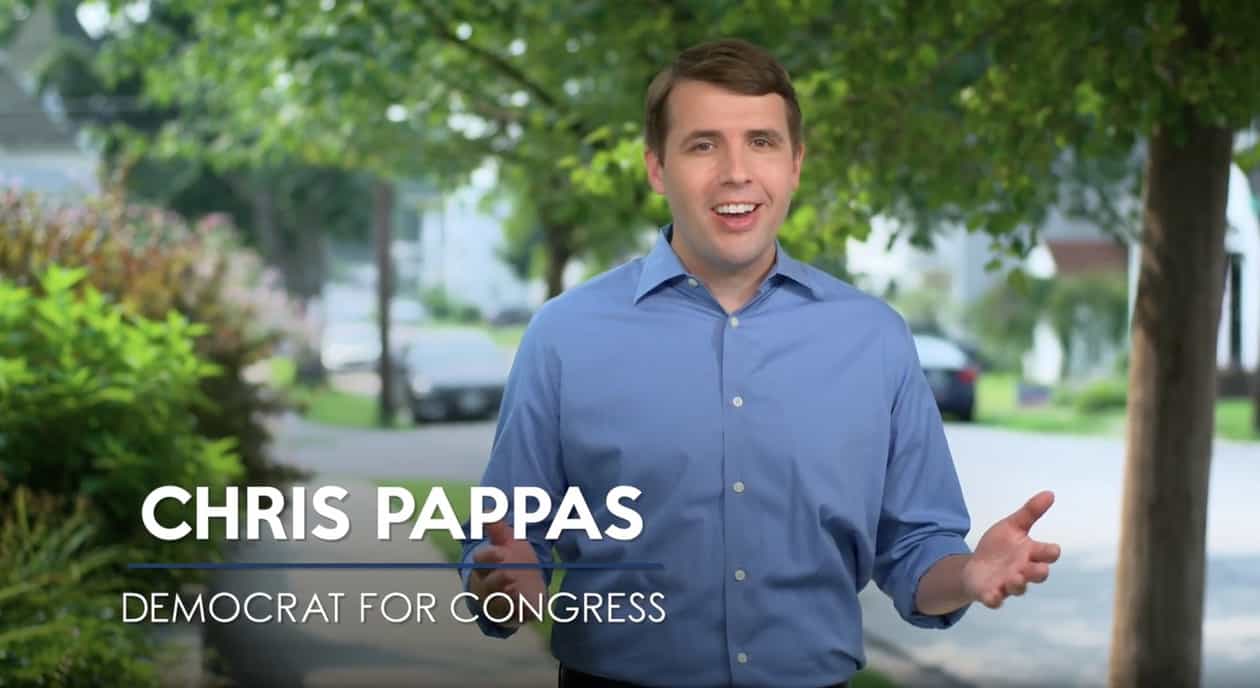 WBUR reports: “While both candidates said they want to bring integrity and decency to Washington, Pappas argued only he had the experience to back that up. In addition to running a family restaurant, he is a former state lawmaker who serves on the Executive Council, approving state contracts and nominations. Pappas says he will keep harmful Trump administration policies in check. He also emphasized working across the aisle. Edwards, a former state liquor commission official, called that disingenuous and said Pappas was part of an anti-Trump resistance movement.”

Said the Victory Fund’s president and CEO Annise Parker in September: “Chris Pappas continues to smash long-standing political barriers for LGBTQ New Hampshirites — and his victory is emblematic of the pipeline of LGBTQ leaders who continue to rise through the ranks to better serve their constituents. Democratic primary voters are demanding authentic, values-driven leaders who prioritize policies over politics — and they found that leader in Chris. He was born and raised in the district, is a fierce advocate for fairness and equality, and will fight tirelessly to push forward policies that advance those principles. We need change in Washington, and a November victory for Chris is critical to securing a pro-equality majority in the next U.S. Congress.”