JAPAN. How accepting is modern Japan towards LGBT people? Barbarian Blue asked people of various backgrounds living in Japan and attending Tokyo Rainbow Pride about their thoughts on gay culture in Japan. 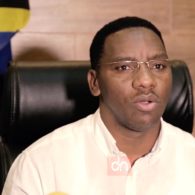 TANZANIA.  Dar es Salaam governor launches witch hunt for gays: ‘”I have information about the presence of many homosexuals in our province,” Paul Makonda told reporters on Monday, calling on citizens to begin reporting homosexuals for round-ups to begin next week. Under British colonial-era laws homosexuality is illegal in Tanzania, with same-sex acts between men punishable by a maximum life sentence. “These homosexuals boast on social networks,” said Makonda, a fervent Christian and loyal ally of president John Magufuli. “Give me their names,” he demanded. “My ad hoc team will begin to get their hands on them next Monday.”

MALAWI. New report shows how lack of clarity about the legal status of same-sex conduct leaves LGBT people vulnerable to arbitrary arrests, physical violence, and routine discrimination: “The law criminalizing same-sex conduct contributes to a perception that LGBT people are fair game and can be assaulted without any consequences for the attacker,” said Wendy Isaack, LGBT rights researcher at Human Rights Watch. “Imagine being beaten up in the street, reporting to the police, and being arrested yourself while your attacker goes free – this happened to people we interviewed, solely because of their perceived gender identity or sexual orientation.”

POLAND. Schools cancel LGBT Tolerance Day over government pressure. ‘More than 200 schools had planned to take part in “Rainbow Friday,” an anti-discrimination event that a civic rights group, the Campaign Against Homophobia, had promoted in hopes of building greater acceptance for LGBT students.’

MALAYSIA. Official plays down claim that there are 310,000 homosexuals in the country. ‘A senior officer from the Malaysian Islamic Development Department (Jakim) today sought to play down his earlier remark on the current homosexual population in the country, where the minority demographic group still faces discrimination. Mohd Izwan Md Yusof from the Malaysian Islamic Development Department (Jakim) clarified that his reported remark that there are 310,000 homesexuals in the country was only a “preliminary” figure and that it had “not been finalised by the Ministry of Health Malaysia as quoted”.’ 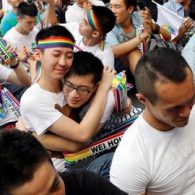 TAIWAN. Hundreds of thousands attend Pride march: ‘Hundreds of thousands marched through Taiwan’s capital on Saturday to press the government to deliver on its promise of marriage equality amid an increasingly heated debate over whether civil laws should recognize same-sex marriage. In Asia’s first such ruling, Taiwan’s constitutional court declared in May last year that same-sex couples had the right to legally marry, and set a two-year deadline for legalization.

CZECH REPUBLIC. Marriage equality under consideration this week: ‘On Wednesday, October 31, marriage equality is for the first time in history guaranteed to be on the agenda of the 20th meeting of the Chamber of Deputies. The opening of this debate item will take place as part of the Chamber of Deputies’ meeting, which starts at 14:30. The amendment is the third item up for debate in the afternoon program. In the meeting’s agenda, the first reading of the Civil Code amendment is to be included as a fixed item, which would open up the possibility of marriage for gay and lesbian couples.’

ISRAEL. LGBT groups slam appointment of new police commissioner: ‘LGBT rights groups on Friday slammed the announcement that Moshe “Chico” Edri was nominated as the next Israel Police commissioner in light of a deadly stabbing at the Jerusalem pride parade when the nominee was the city’s top officer. Edri, who also formerly served as Tel Aviv police commander, received a reprimand over the 2015 attack at the march in Jerusalem, in which ultra-Orthodox extremist Yishai Schlissel stabbed to death 16-year-old Shira Banki and wounded five others.’

MALTA. Matthew Grech, a contestant on X-Factor Malta, made national headlines when he said he used to live a “homosexual lifestyle” but left it when he found Jesus. X “X Factor contestant Matthew Grech has demanded that the government and the Malta LGBTIQ Rights Movement (MGRM) issue an apology for putting pressure on the state broadcaster to remove not only the interview he gave to X Factor, but also his audition clip on the show.” (Note: the clip below does not contain his interview).