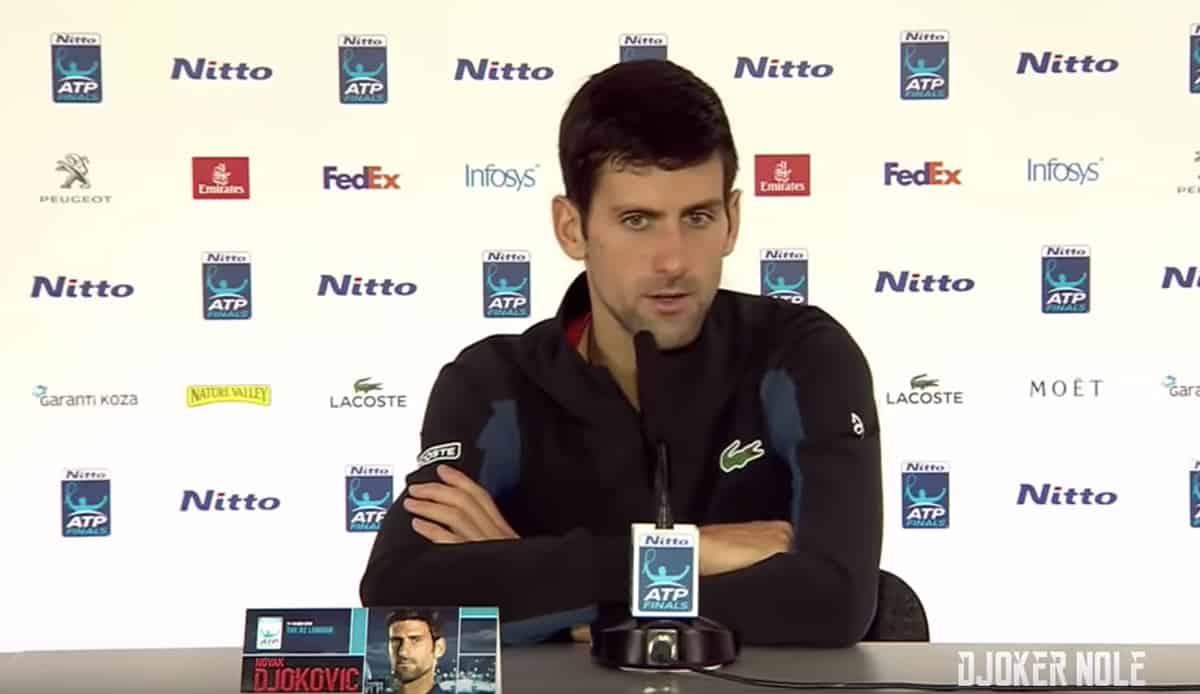 The world’s current #1 tennis player Novak Djokovic was asked about the tennis world’s reaction to a gay player coming out of the closet. There are currently no openly gay male professional tennis players.

Djokovic was grilled ahead of the Australian Open which was in the headlines last year because the arena used in the tournament is named for former tennis pro and vocal homophobe Margaret Court. Court was a leading voice against marriage equality in Australia.  Court said that  LGBT people are aiming to “destroy marriage” and that that same-sex marriage will lead to the abolition of Mother’s Day, Father’s Day, Easter and Christmas.

Said Djokovic at an interview at the ATP Finals: “I can only speak on my own behalf. I wouldn’t have anything against that, absolutely. You know it’s everybody’s right to have sexual orientation as they desire, any kind of direction in life they desire. I respect it. I don’t see people differently if they come out like that. I actually see that as a really courageous move. We live in a society that is … still certain parts of the world are not ready to accept that.”

Previous Post: « Trump Threatens to Close Border Permanently Unless Mexico Moves Migrants ‘Back to Their Countries’
Next Post: Ross Mathews Announces Split from Partner of 10 Years »