STORIES NOT STRAIGHT. Kremlin says Putin will meet his colluder Trump in Paris, less than 24 hours after Trump told reporters they would not meet: “We haven’t set anything up yet. We don’t know that that’s going to be the right place. I’m going to be in Paris for other reasons, but we will be meeting at the G-20 and probably will have meetings after that,” Trump told reporters on Monday while boarding Air Force One for a campaign rally. 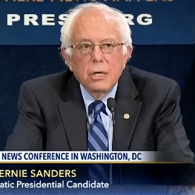 BERNIE SANDERS. Midterms will be referendum on “whether we feel comfortable…having a president who is a pathological liar.” “And whether we as Americans are comfortable having a president who tries to divide us up, divide us up based on the color of our skin or the country we came from or our sexual orientation or our religion. And ultimately, I don’t think the American people want us to move in that direction.”

MONACO. Billionaire with links to Trump arrested for questioning in a corruption-related case: “Rybolovlev came under scrutiny in early 2017 after the 2005 tax returns of now-U.S. President Donald Trump revealed details of a real estate deal in Palm Beach, Florida. In the transaction, the records indicated the Russian billionaire bought a mansion for $41 million in a 2004 auction and sold it in 2008 for $95 million. Some Trump critics questioned how a property’s value could have risen so much during a real estate slump in the United States.” 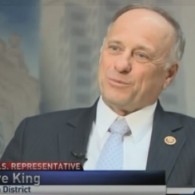 REP. STEVE KING. The noted homophobe, white supremacist manages to get racism, sexism and homophobia into one comment: ‘At an appearance in Hampton, Iowa, King was discussing the Supreme Court and said that he was optimistic that “we’ll have a 7-2 court” after Tuesday’s midterms, according to Weekly Standard assistant opinion editor Adam Rubenstein. King added that perhaps “Kagan and Sotomayor will elope to Cuba,” referring to President Barack Obama’s two Supreme Court appointments.’ Bars Des Moines Register from election night coverage: “We are not granting credentials to the Des Moines Register or any other leftist propaganda media outlet with no concern for reporting the truth.”

ANXIETY AND DEPRESSION. Shawn Mendes reveals how he battled his.

AMERICAN IDIOTS OF THE DAY. “We went out on the street last Tuesday and we asked people if they went to the polls and voted in the midterms that day. Of course, the midterms didn’t happen last Tuesday, they happen on Tuesday, November 6th. Just to be clear, the folks you are about to see are not early voters or voters by mail, these are people who falsely claimed they went to a polling place that morning.”

COMEBACK PERFORMANCE OF THE DAY. Carly Rae Jepsen “Party for One”.

COOKING VID OF THE DAY. Troye Sivan tries to cook chicken under a brick.

THIRSTY VOTER OF THE DAY. Migz_lo.